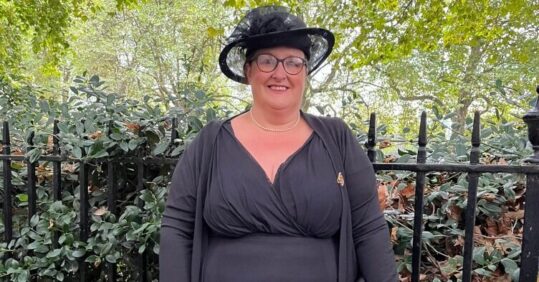 On Saturday 10 September, two days after the death of Queen Elizabeth II, nurse Steph Lawrence was working clinically in the community when she received a phone call saying that she had been invited to the state funeral of the monarch. It was a shock.

She says that her first thought when she received the call was ‘amazement’. Not only was Ms Lawrence invited as an individual, but she had also been invited ‘to represent community nursing’.

Ms Lawrence is executive director of nursing and allied health professionals at Leeds Community Healthcare. In summer 2022, she received an MBE for services to district nursing in the Queen’s Birthday Honours.

‘It was an amazing honour and a privilege,’ says Ms Lawrence, ‘to represent community nursing and Leeds Community Healthcare NHS Trust at this level is the pinnacle for me of 35 years of nursing. I also feel very humbled that I was chosen as there are clearly lots of amazing nurses and leaders out there.’

The state funeral was held in Westminster Abbey. In attendance were members of the Royal Family, British politicians, and many of the world’s leaders.

Seated in the Abbey next to a fellow nurse and colleague from the QNI, Sharon Aldridge-Bent, Mrs Lawrence says that the service was ‘was a beautiful, traditional funeral service but with the pomp and ceremony that was just perfect for the occasion.’

She added that ‘the music was incredibly moving, and the atmosphere in the Abbey was sombre and reflective, but also full of gratitude for the life and service of the Queen.’

‘I lost my own mother this year. It made me reflect on her death and also on how devastated she would have been had she been alive, as she was a staunch royalist.’

Mrs Aldridge-Bent told Nursing in Practice that ‘this feels like a real moment in history. My heart is full of pride and sadness in her passing.’

While Mrs Lawrence says she sadly never had the chance to meet Queen Elizabeth II in person, her ‘impression of her was a leader unlike no other, dedicated to duty and serving the nation. She was incredible and an amazing female role model.’

After her death on 8 September at her home in Balmoral, the Queen was moved to Westminster for the lying in state. Thousands came to pay their respects, with queues reaching miles in length.

During the period of mourning, leaders from the healthcare profession have come together to share their reflections on the Queen’s life.

Gill Watson, chief executive of the Royal College of Midwives, said that: ‘In many ways, the Queen has been the mother of the nation and an inspiration to us all as midwives and maternity support workers for her steadfastness, her devotion to duty, and her leadership.’

Professor John Unsworth OBE, chair of the QNI, said ‘the Institute’s staff, trustees and I as Chair were greatly saddened to learn of the death of Her Majesty. She supported the Institute to recognise and reward excellent nursing care through the reintroduction of the Queen’s Nurse title in 2007 and the continuation, in perpetuity of Queen Elizabeth, The Queen Mother’s Award for Outstanding Service.’ 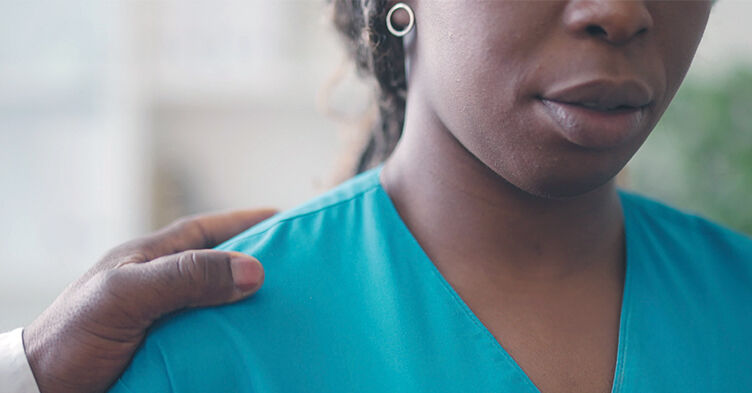