The rising problem of food allergies 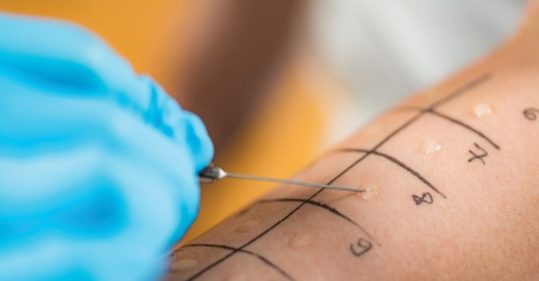 People present to their GP with an upset stomach, thinking they have a food allergy, when they actually have a food intolerance.

Having an allergic reaction to a food can be terrifying. It can develop just seconds after the food is eaten and result in sudden difficulty swallowing or breathing, or abdominal pain.

An estimated two million people are living with a diagnosed food allergy, according to the Food Standards Agency. Although deaths from food allergies are relatively rare – an average of three adult and child deaths occurred every year between 2012 and 2016, according to the Office for National Statistics – they do happen.

Food allergies that are becoming more common in children and adults are to simple staples, including cows’ milk, eggs and peanuts, explains Sue Clarke, nurse adviser and a trustee for the Anaphylaxis Campaign. The charity’s list of ‘14 major allergens’ includes soya, wheat and shellfish.

Hannah Whittaker, a British Dietetic Association (BDA) spokesperson and registered dietitian, says from her experience working in the community ‘we have had a huge increase in cows’ milk protein allergy over the last 12 months, from around 15 to about 25 referrals a week’.

Holly Shaw, nurse adviser for Allergy UK, says there is clearly a ‘growing problem’. ‘We have been experiencing a large number of people contacting the helpline with concerns over food allergies.’

Ms Shaw points out that people often find it difficult to access expert help because of the shortage of allergy specialists.

A Royal College of Physicians report said there was one allergy specialist consultant per two million of the population, as opposed to one per 100,000 for a mainstream specialty such as gastroenterology. Although that report was published in 2003, it appears the picture is broadly similar today.

So what is causing the rise and how is it affecting primary care?

Ms Whittaker attributes the recent rise in cows’ milk protein allergies to improved care pathways and a greater awareness of the issue.

Jackie Gaventa, a health visitor and member of the British Society for Allergy & Clinical Immunology Nurses in Allergy Committee, agrees. ‘There is a lot more awareness from parents that these allergies exist,’ she says.

Ms Shaw explains that there are ‘lots of schools of thought as to why allergies could be on the rise’. One theory is that a lack of early childhood exposure to less-than-pristine conditions can increase susceptibility to allergies, including food allergies.

Another reason, she says, could be because infants born by caesarean section are not exposed to the maternal bacteria that they would encounter in the standard birthing process, which results in an impaired immune system.

Misdiagnosis of a food allergy is also a major problem, says Ms Whittaker. She says people present to their GP with an upset stomach, thinking they have a food allergy, when they actually have a food intolerance. A food intolerance does not involve the immune system – there is no allergic reaction, and it is never life threatening. An intolerance only results in symptoms if a substantial amount of the food is eaten. This is unlike an allergy, where just traces can trigger a reaction.

Impact on quality of life

Ms Shaw says that having a food allergy ‘means having to plan and make decisions about the things we take for granted, like going out with friends, or whether to eat at a certain restaurant, and involves always carrying medicines, such as adrenaline, with you’.

People with food allergies have to be ‘incredibly alert to their environment’, says Ms Clarke. ‘It will always be at the back of their minds “am I going to be okay?”. And for some people even smelling or touching the food they’re allergic to can set off a reaction,’ she says. The impact of a food allergy is also ‘very individual and can affect every aspect of their life’, she says.

Food allergies can lead to heightened anxiety, worry and depression, writes Dr Rebecca Knibb, reader in psychology at Aston University.  ‘After the age of eight years, social occasions become a source of anxiety and uncertainty.’

The rise in food allergies also has implications for practitioners in primary care, who are increasingly likely to come across this issue. ‘Primary care nurses need to make sure they have a strong knowledge base and be food-allergy aware,’ says Ms Whittaker.

‘There’s no cure for food allergy – it’s a long-term condition,’ Ms Shaw points out. ‘So nurses have a key part in supporting patients with their allergy needs. Patient education is crucial. If the patient has been prescribed an adrenaline auto-injector, they need to understand how and when to use it as technique varies between device types. They must also not be frightened to use it.’

Nurses can also help draw up an allergy action plan – a written plan that includes treatment and medication, which can be especially useful for children in care and education settings. And nurses can ensure that if new allergy problems emerge or continuing issues get worse, the patient is reviewed by a GP or referred, where appropriate, to a specialist allergy service, Ms Shaw advises.

Signposting to specialist organisations such as Allergy UK and the Anaphylaxis Campaign, which offer resources and advice, can also help to inform and reassure patients and their families about their condition, says Ms Gaventa.

Nurses should be given adequate time and funding for training so they know how to ‘educate people with food allergies about their condition, to help them live as good a life as possible’, says Ms Shaw.

However, as Ms Gaventa points out, training for clinicians in allergies ‘is a neglected area’. ‘To get the necessary level of expertise you need a substantial amount of training,’ she says. This is not always possible, or seen as a priority, ‘because it can be difficult to get the funding and time off’.

Practitioners envisage that food allergies will continue to become more common. ‘It’s going to dominate practice for the foreseeable future’, says Ms Gaventa, adding that health visitors can expect to see more cases because parents ‘don’t want to bother their GP’, or the confines of short consultations make it difficult for them to go through their child’s allergy history.

Investment in training for nurses in allergies would be money well spent. It will help them deal with an issue they are increasingly likely to see – and could prevent a death or terrifying anaphylaxis reaction. 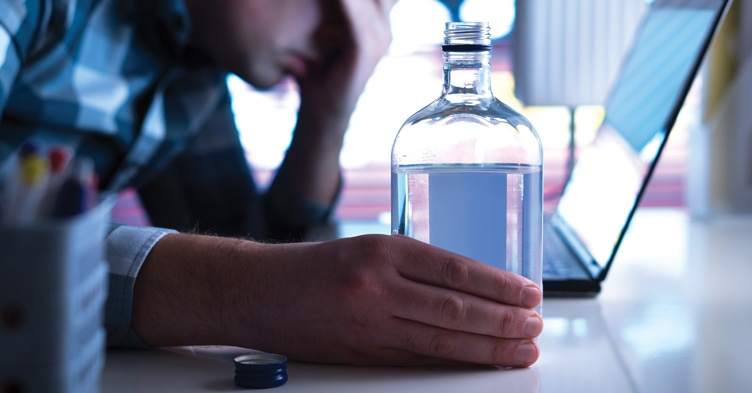 Practices on the brink of collapse: nurses ask ‘how will we cope?’