Caring for a person with bipolar disorder 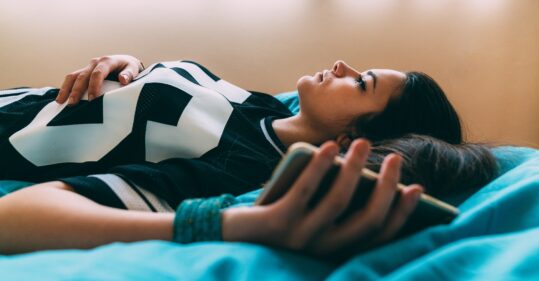 – Primary care nurses can make a positive contribution through psycho-education, relapse prevention, physical care and by developing knowledge of this condition

This article will discuss bipolar disorder and the impact that it may have on a person’s life and loved ones. The role of primary care nurses and health visitors will also be covered. Bipolar disorder can be long-term and disabling.

It is characterised by high to low mood swings and is also known as manic-depression and bipolar affective disorder. More informally it is often referred to as ‘bipolar’. Gurney1 describes bipolar as an umbrella term. Mood swings are extremely variable, from a person whose mood changes so rapidly and acutely that they are seriously disabled and compromised by the condition, to a person who has infrequent depression and rare episodes of feeling slightly elated who manages to keep up their normal routine.

It affects 1 in a 100 women and men and often begins in the teenage years. Its cause is unknown but genetics and the mechanics of our brains that control mood are implicated and sources of much research. Sometimes stressful life events can precipitate an episode. These events might include physical illness and major life transitions, such as childbirth.

There are four categories of bipolar disorder2. Understanding these different types is important when considering treatment options.

People with bipolar 2 have had more than one occurrence of severe depression and non-serious events of hypo-mania (elation but not as severe as mania).

This can affect people with both bipolar 1 and 2. It describes a person who has had four major mood shifts within a 12 month period.

This term describes a person who experiences rapid mood changes but within a more normal range of mood experience.

The Royal College of Psychiatrists2 divides the experience of bipolar into emotional, cognitive, physical and behavioural experiences. For example in depression a person may be very slowed up, lose their self-confidence and feel hopeless whereas in mania they may be full of energy, self-importance and elation. Both states require careful risk assessment in relation to treatment options.

The biggest risks for depression are self-neglect, self-harm and suicide and for mania are grandiosity leading to risky, reckless behaviour, vulnerability to exploitation and self-neglect, such as dehydration and malnutrition.

Serious cases may require specialist psychiatric hospitalisation where the person can be nursed in a safer environment.

The National Institute for Health and Clinical Excellence (NICE) recommends that bipolar disorder is assessed in secondary mental health services3 This can be achieved via several routes. In urgent and dangerous situations a Mental Health Act Assessment4 can be requested or the person may agree to being admitted to a local acute psychiatric ward. Before this point though the disorder must be recognised.

Hypo-mania and mania are easily recognised but in particularly acute cases can be confused with acute psychosis. The person’s family may recognise that the patient is behaving very oddly and bring it to the attention of the primary care team (PCT).

The first signs of mania tend to be sleeplessness and increased energy5. Depression may be harder to recognise as people are less likely to come to the attention of the PCT. However, depression tends to be a long-term condition6 and patients may refer themselves to their GP.

Gurney1 notes that diagnosis of bipolar disorder can take a substantial amount of time because of its cyclical nature.

Treatment options vary according to the person’s current signs and symptoms but with regard to mania, treatment predominantly involves pharmacotherapy. Patients who are depressed should be offered an evidence-based psychological intervention, such as cognitive behavioural therapy.

NICE guidance around depression can be followed but the use of anti-depressants should be prudent if the patient has had previous episodes of mania. Mania is treated with anti-psychotic drugs such as olanzapine. Mood stabilising drugs such as lithium may be used. Particular caution needs to be taken with women of child-bearing age given the risk of foetal damage. In very severe cases, where other methods have not worked, electroconvulsive therapy may be used.

The role of primary care

One role of primary care is to recognise what may be bipolar disorder and to refer on to local mental health services. As part of role induction a primary care nurse or health visitor could spend a day in these services and get information that may assist in the future. In urgent situations it is useful to have such information easily accessible.

Gurney1 recommends a process of shared care between secondary and primary care services. Patients with bipolar disorder will be managed by secondary services through a process known as the Care Programme Approach7. The GP notes should hold a copy of the care plan but if in doubt, a primary care nurse can contact their local mental health service and ask to speak with the patient’s care co-ordinator. This is the starting point for developing a shared care plan. Patients who are very stable and on long-term mood stabilising medication may be discharged back into primary care.

NICE3 recommends that people should stay with the mental health service until after a 12-month period of stability.

Person-centred care is the overriding context and this includes collaboration with the patient’s family8. Being with a loved one who is acutely ill with depression or mania is hard to witness. Manic patients can be irritable and brittle and may angrily respond to efforts to curb their reckless behaviour.

Depressed patients may be agitated and unable to carry out their normal social functions. Family members can be real experts when it comes to recognising signs and symptoms and this expertise should be regarded with respect. All concerns should be taken seriously.

Part of the patient’s care plan may include psycho-education and relapse prevention. Secondary care may assume and request that primary care will look after the patient’s physical health.

Psycho-education is best addressed when the patient is stable and cognitively and emotionally able to collaborate. Patients may be very embarrassed about some of the things they have done while manic, so, as always, a sensitive approach should be taken. Such education should include general health promotion and advice around avoiding challenging and stressful circumstances where possible.

Relapse prevention planning involves the recognition of early warning signs, family members can be particularly helpful here. These early signs, for example, increased energy and an elated mood may indicate the need for an intervention like anti-manic medication.

The physical health of people with severe mental illness (SMI) is notoriously poor9. People with bipolar disorder should have their health monitored proactively. Gurney1 recommends an annual review including blood pressure, plasma glucose level and weight. Keeping a case register of all people with SMI within a GP practice will enable this to be well organised.

Bipolar is a lifelong and disabling condition, though its exact course is highly variable. Acute phases of depression or mania should be cared for within local mental health services but shared care should follow a period of stability.

Primary care nurses can make a positive contribution to a person’s care through recognition, referral, and liaison with the secondary service and collaboration with family members. They can contribute specifically to psycho-education, relapse prevention and physical care and should not underestimate their ability to make a positive difference.

3. NICE. Bipolar Disorder: the assessment and management of bipolar disorder in adults, children and young people in primary and secondary care. Clinical Guidelines: 185; 2014

www.rcpsych.ac.uk – their leaflet is very useful for patients and carers.

One role of primary care is to recognise what may be bipolar disorder and to refer on to local mental health services.