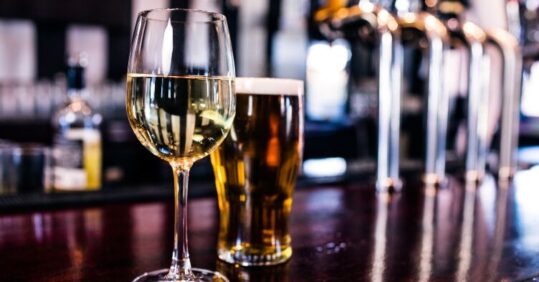 Levels of alcohol consumption generally considered safe by some countries – including the UK – can be linked to heart failure, according to a study undertaken by St Vincent’s University Hospital in Dublin.

Alcoholic cardiomyopathy was previously only associated with higher levels of drinking, but worsening heart health has been shown to occur when moderate levels of between 7 to 14 units a week of alcohol are being consumed, researchers suggested. The NHS advises that regularly drinking more than 14 units of alcohol a week risks damaging your health.

The findings were presented at Heart Failure 2022, a scientific congress of the European Society of Cardiology conference on 22 May.

According to the World Health Organisation, the European Union is the heaviest-drinking region in the world. Long term heavy alcohol use has been linked with alcoholic cardiomyopathy but evidence from previous studies in Asian populations, where lower levels of alcohol consumption are more common, suggests low amounts may also be detrimental to heart health.

The researchers used echocardiography to measure the heart function of 744 participants over a median of 5.4 years. The participants were all over 40 years old and had varying levels of alcohol consumption from low (less than seven units a week, or one bottle of 12.5% wine or three and a half cans of 4.5 percent beer) to high (above 14 units a week).

Everyone who took part was either at risk of developing heart problems (due to pre-existing conditions such as hypertension, diabetes or obesity) or had pre-heart failure (abnormalities but no symptoms). Patients with heart failure were excluded.

The relationship was also observed when moderate and high levels were analysed separately.

There was no association with the progression to pre-heart failure or to symptomatic heart failure in the at-risk group of participants who consumed moderate or high levels of alcohol.

Dr Bethany Wong of St. Vincent’s University Hospital, Dublin, said: ‘Our study suggests that drinking more than 70 g of alcohol per week is associated with worsening pre-heart failure or progression to symptomatic heart failure in Europeans. This study adds to the body of evidence that a more cautious approach to alcohol consumption is needed.’

Dr Wong advised limiting alcohol consumption to less than one bottle of wine or less than three-and-a-half 500 ml cans of 4.5% beer per week to minimise the risk of alcohol causing harm to the heart.

She added: ‘Our results indicate that countries should advocate lower limits of safe alcohol intake in pre-heart failure patients. More research is needed in Caucasian populations to align results and reduce the mixed messages that clinicians, patients and the public are currently getting.’

This comes after a study in March found embedding specialist addiction nurses within general practice teams can help address drug and alcohol problems in deprived areas.