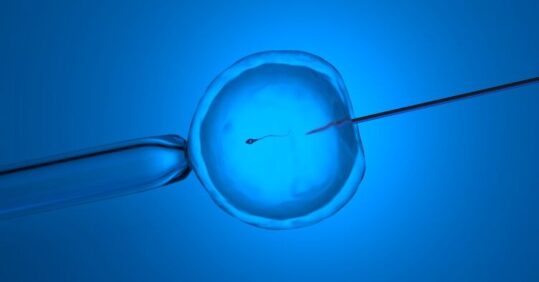 Children conceived through infertility treatments are more likely to have mental health problems by their late teens, according to a new study led by researchers at University College London (UCL) and the University of Helsinki.

The researchers examined the link between medically assisted reproduction (MAR) techniques such as IVF treatment, artificial insemination and ovulation induction and young people’s educational outcomes and mental health. They compared the findings with children conceived naturally.

Children conceived by MAR were found to do better at school, were less likely to drop out and were at a lower risk of not being in education or employment or leaving home early compared to naturally conceived adolescents. These differences disappeared when family circumstances were considered, suggesting that socioeconomic background is essential in explaining this advantage.

However, the increase in mental health issues for children conceived by MAR was found to be independent of socioeconomic background and unrelated to the MAR technique.

Previous studies mainly focus on birth or early life outcomes, and very little is currently known about the impact of MAR on older children. These new findings are published in the European Journal of Population.

To examine links between MAR and educational and mental health outcomes, the researchers analysed the administrative records of 280 682 Finnish adolescents aged between 16 and 18. The children were born between 1995 and 2000, with 266 925 being conceived naturally, whilst 13 757 were conceived through MAR.

Dr Hanna Remes from the University of Helsinki said: ‘Whilst we don’t have the data to explain why those born by medically assisted reproduction are at slightly higher risk of mental health disorders, we believe that this may be due to different mechanisms.’

With the oldest child conceived by IVF being 43 years of age and the rise in the number of children being conceived via MAR, the researchers suggest that it is vital to understand the longer-term consequences on children and young people

This comes after experts warned last week that the impact of smoking on mental health  is no longer in doubt, and should be addressed by government policy.