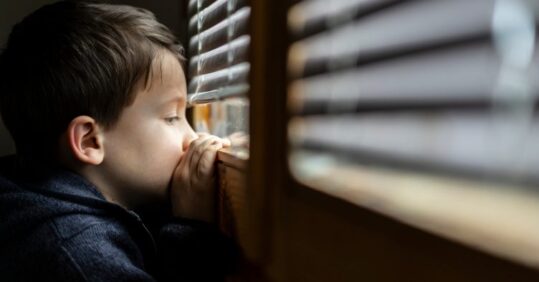 Schools must reopen as quickly as possible as mental health difficulties surge among children stuck at home, a leading paediatrician has warned.

Professor Russell Viner, president of the Royal College of Pediatrics and Child Health (RCPCH), told the education committee on Tuesday that ‘getting children into school as quickly as possible’ is the ‘most important thing’ in efforts to support their mental health.

He warned of mounting evidence showing ‘considerable mental health harms’ among children and young people. For example, NHS England data from October showed that one in six children showed serious or very likely mental health problems in July 2020 – up from one in nine in 2017.

The discussion comes as evidence of deteriorating mental health in children grows following school closures from January this year and from March to September in 2020.

For example, Professor Viner told the committee that in some hospitals more children were being admitted for mental health reasons than physically unwell children.

He said: ‘We have seen across all of our children’s wards a bit of a shift towards more mental health problems being the reason that children come into children’s wards, which is not necessarily the best place for them.’

In addition, a survey published on Tuesday by the Prince’s Trust warned of the ‘devasting toll’ of the pandemic on young people as 26% of them admit they feel ‘unable to cope with life’ since it began.

In December last year, the RCPCH found a huge rise in food restriction disorders, with some paediatricians reporting doubling, tripling or quadrupling of cases compared with the same period last year.

In October last year, a report found the first UK lockdown had a ‘major’ impact on the mental health of women, young people and people from socially disadvantaged backgrounds.

Professor Viner called for ‘an accelerated improvement package’ in child and adolescent mental health services (CAMHS) following underinvestment ‘for the last 10 to 20 years’. Despite recent increased funding, ‘things are not where we want them to be’, he added.

Dr Dougal Hargreaves, a paediatrician and deputy scientific adviser at the Department of Education, told the committee that the department is ‘looking to build up a more comprehensive database’ on the mental health of children and young people ‘over the next six months’.