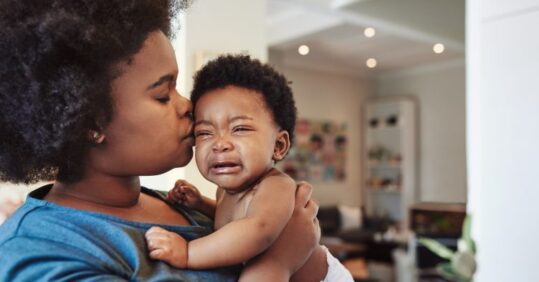 Health visitors and midwives should receive further dedicated training in maternal mental health because they are essential to women’s wellbeing, maternal health experts have said.

A report, published this week by the Maternal Mental Health Alliance (MMHA) and London School of Economics (LSE), proposed a model for increasing access to perinatal mental health services, which it argued could have a net economic benefit of £149m over 10 years.

It found that health visiting and maternity services already have an ‘essential’ role in perinatal mental health care – through identifying women in need or at risk, and facilitating access to or providing treatment as part of their routine work with women during and after pregnancy.

Researchers calculated this could save £25m for the NHS over 10 years and lead to £437m of improvements in women’s quality of life. In total, this is a net benefit of £490m over 10 years.

The model would allow for women’s mental wellbeing to be accurately assessed at every routine contact and suitable treatments to be offered – in a similar way to physical conditions such as diabetes or high blood pressure, the researchers explained.

In contrast, current practice leaves many women without access to evidence-based treatment when and where they need it, the report found.

But the proposed model must also address inequalities in women’s experiences of maternity and mental health care, the report warned. It noted women of colour have poorer maternity outcomes, and that care ‘varies widely’ across the UK depending on local infrastructure and arrangements.

Luciana Berger, MMHA chair, said the report outlined ‘clear evidence of human benefit’ from the model of care, which would ‘improve the lines of these women and their loved ones’.

She added: ‘This report shines a very welcome light on the vital role of midwives and health visitors in identifying women with mental health problems during and after pregnancy and facilitating women’s access to treatment.’

Meanwhile, Birte Harlev-Lam, executive director of the Royal College of Midwives, said it is a ‘scandal’ that mental health is not given the same priority as physical health – despite mental health problems being the leading cause of maternal death in the first postnatal year.

She added: ‘Midwives are often pivotal to spotting mental health problems in women and signposting them to treatment and support. If they were better supported with the right levels of investment and support outlined in this report, they could do even more and potentially save lives.’

In April last year, NHS England announced that mental health hubs for thousands of new, expectant and bereaved mothers will be set up as part of a pilot project.