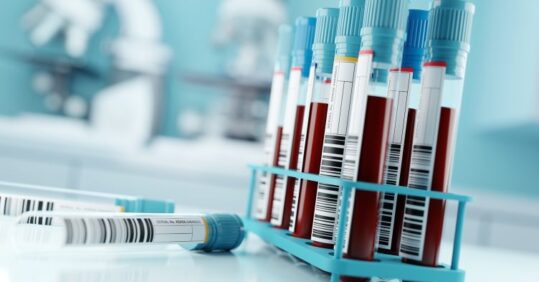 A ‘rapid’ and ‘inexpensive’ blood test in development could help detect cancer in people with nonspecific symptoms such as unexplained weight loss or fatigue.

The University of Oxford research, published in the journal Clinical Cancer Research, analysed samples from 300 patients with non-specific but concerning symptoms of cancer. The test correctly identified cancer in 19 out of every 20 patients with cancer.

Scientists say the technology is also the first that can determine the metastatic status of a cancer from a simple blood test, without prior knowledge of the primary cancer type. In the study, metastatic disease was identified with an overall accuracy of 94%.

They hope general practices will be able to request the ‘rapid and inexpensive test’, which they said could ‘help overcome many barriers to the early detection of cancer’.

For example, they suggested it could particularly help patients with nonspecific symptoms that do not direct investigations towards one organ. The new test is also not specific to any specific cancer type and could detect some cancers in the community before conventional imaging.

Healthy individuals, people with localised cancer, and people with metastatic cancer each have different profiles of blood metabolites, which can be detected and then analysed by the researchers’ algorithms to distinguish between them.

Dr Fay Probert, lead researcher of the study from the University of Oxford, said: ‘We envisage that metabolomic analysis of the blood will allow accurate, timely and cost-effective triaging of patients with suspected cancer, and could allow better prioritisation of patients based on the additional early information this test provides on their disease.’

Future studies with larger patient cohorts will further evaluate this technique for the earlier detection of new cancers and potential clinical applications.