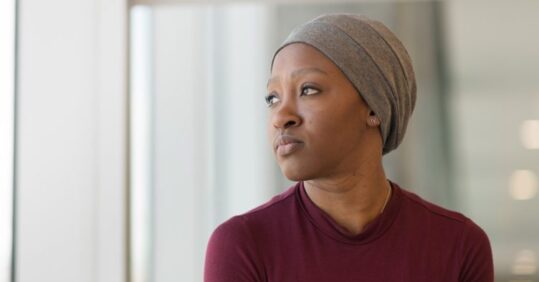 Breast cancer patients in the UK could be facing months or possibly years without reconstruction, a charity has revealed.

Breast Cancer Now has estimated that over 1,500 women have missed out on reconstructive surgery since services were suspended in March because of Covid-19.

Many hospitals now face delays of up to two years, with already long waiting lists growing during the pandemic and threatening to expand even more in the months to come, it said.

Its chief executive Baroness Delyth Morgan has warned that hundreds of breast cancer patients ‘may face lengthy and extremely upsetting delays’, even as services begin to resume.

She said: ‘This will leave many women who want to have reconstruction living with one breast, no breasts, or asymmetric breasts for months, possibly even years.

‘Reconstructive surgery is an essential part of recovery after breast cancer for those who choose it,’ she added.

‘Women with breast cancer have told us these delays are causing them huge anxiety, low self-esteem and damaged body confidence.’

She stressed that ‘the backlog will only grow’ if operations are not fully resumed, with most units that normally provide surgery still restricting activity at 20% to 50% of pre-Covid-19 levels.

Breast Cancer Now has now called on NHS bodies across the UK to ensure that patients get the surgery they need as soon as possible.

The charity also called for reassurances from the NHS that women waiting for delayed operations will not be forgotten or prevented from having surgery due to time restrictions.

This comes after a Breast Cancer Now report in 2018 that revealed some CCGs in England were only funding reconstruction within a particular timeframe.

A survey by Breast Cancer Now of 580 people affected by primary or secondary breast cancer, published in May 2020, found that many respondents were experiencing impacts to their treatment.

This included cancelled or delayed surgeries, reduced or delayed therapy or difficulties in access drugs, including hormone therapy.

Ruth Waters, president elect of the British Association of Plastic, Reconstructive and Aesthetic Surgeons, said that services running below full capacity means some women are still losing out.

‘We remain unable to provide a full service for women having mastectomies now, and those who were already on a waiting list have little hope of being given a date in the near future,’ she explained.

She continued: ‘Sadly, the de-prioritisation of breast reconstruction is not a new issue. Even prior to Covid-19, women in the UK faced huge variation in access to these procedures, with inconsistent guidelines around timeframes and eligibility.’

Earlier this month, a major study was launched to assess the impact of Covid-19 on people with cancer in the UK, running over 12 months and look at almost 7,000 patients with cancer.