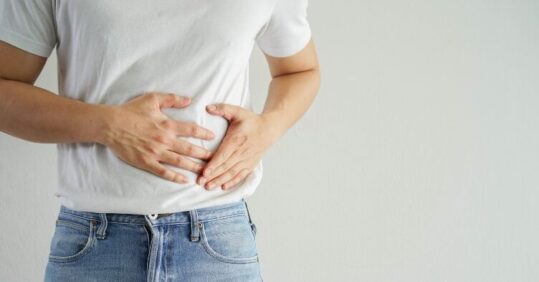 Offering more home test kits could prevent 11,000 bowel cancer deaths, according to a study from the University of Sheffield.

The research, published in Preventative Medicine and funded by Cancer Research UK, found that re-inviting people who had not participated in at-home bowel cancer screening would lead to just under 14% more people returning their tests in the first year alone, saving thousands of lives.

This intervention was also the most cost-effective way to increase participation, particularly in deprived socioeconomic groups where uptake of at-home testing is lower and bowel cancer deaths are higher.

Bowel cancer is the second most common cause of cancer death in the UK. Mortality rates for bowel cancer in England are 30% higher for males and 15% higher for females living in the country’s most deprived areas. This disparity is thought to be linked to poor uptake of screening tests.

In England, free home test kits are sent every two years to everyone aged 60 to 74 registered with a GP. The tests, known as Faecal Immunochemical Test (FIT), look for traces of blood in stool samples, which can be a sign of bowel cancer or polyps, small growths in the bowel that may turn into cancer over time.

The researchers used a health economic model to examine different strategies to increase participation in screening programmes and determine the most cost-effective way to reduce screening-induced health inequalities. Interventions included annual re-invitation of screening non-participants, a national media advertising campaign, text message reminders for non-participants and health promotion in deprived populations. They were assessed for their cost-effectiveness, bowel cancer outcomes and the effects on health inequalities.

The results showed that annual re-invitation could help combat health inequalities and encourage more people to take an at-home test.

Chloe Thomas, the lead researcher from the University of Sheffield, said: ‘There are many factors that lead to inequalities in bowel cancer mortality, including differences in underlying health conditions and access to treatment. Although screening is just a small part of the picture, it’s vital the programme works for everyone.’

She added: ‘We believe this study identified a cost-effective way to increase screening participation and reduce mortality across all groups while also reducing inequalities. As this was based on modelling, real-world data is needed to confirm our conclusions, so the next step would be to analyse data from a pilot to improve our predictions of long-term mortality benefits.’

The government recently committed to expanding the bowel screening programme in England to include 50 to 59-year-olds over the next four years. Although Cancer Research UK has welcomed this move, the charity states that without steps to increase participation among people in the most deprived communities, widening eligibility could worsen inequalities.

Chief executive of Cancer Research UK, Michelle Mitchell, said: ‘Screening is an effective way of catching cancer early and saving lives, but not everyone engages equally, and this contributes to health inequalities across the UK. This study shows that sending yearly test kits to those who don’t complete them could help close this gap and save lives.’