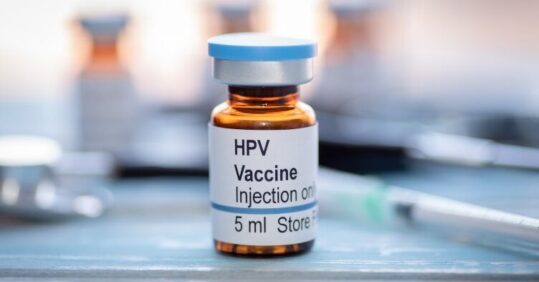 Giving the HPV vaccine around the same time as surgery for precancerous cervical lesions may reduce the risk of the lesions or other HPV-related diseases returning, a study has suggested, although researchers have warned the evidence is inconclusive.

Researchers conducted a meta-analysis of 18 studies to assess the effects of administering the HPV vaccine on risk of reinfection and the recurrence of lesions.

They found that administering an HPV vaccine around the time of surgery lowered the risk of recurrence of high-grade preinvasive disease by 58%. This rose to 74% for two high-risk HPV types (HPV16 and HPV18), which cause most cervical cancers.

They concluded that HPV vaccination might reduce the risk of recurrence of precancerous lesions, in particular when related to HPV16 or HPV18, in women treated with local excision (where an abnormal lesion is cut out with some tissue around it).

However, the study authors stressed that the quality of evidence ranged from very low to moderate and said that further high-quality trials are needed to confirm the results.

Out of the 18 studies, seven were considered to be a moderate risk of bias, seven to be a high risk, and two were deemed a critical risk of bias. The researchers also noted that the follow up time for the studies was too short and factors such as age and smoking were not controlled for.

Although, they note that their use of stringent study inclusion criteria together with rigorous and systematic evaluation of study quality and risk of bias suggests the results are robust.

It has previously been established that HPV vaccination is highly effective at preventing the development of precancerous cervical lesions, also called cervical intraepithelial neoplasia (CIN).

CIN is divided into three grades: CIN1, 2 or 3. Women who have been treated for CIN3, the highest grade of CIN, have a lifelong high risk of cervical cancer and other malignancies related to HPV infection.

Although the HPV vaccination is normally given to children around the ages of 12 or 13 to protect them from cervical cancer later in life, this study suggests a preventive HPV vaccine alongside treatment for CIN might help to reduce the risk in these women.