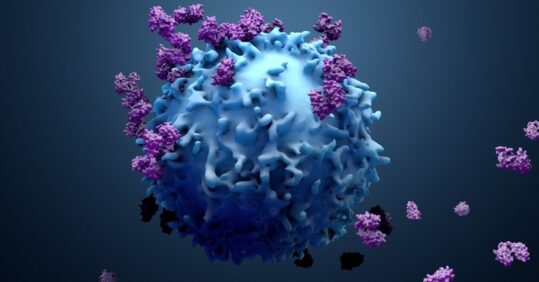 A drug that could stop or even reverse the growth of tumours has shown ‘encouraging’ results in its first clinical trial.

More than half of 40 patients given the drug, berzosetib, saw their cancer stop growing while two patients saw their tumours shrink or disappear completely, in a trial designed to test the drug’s safety.

Berzosetib is the first to be trialled of a new family of drugs, which block a protein involved in DNA repair, called ATR. Cancer cells can be killed by damaging DNA or attacking their ability to repair it.

Scientists behind the trial said the results mean the new class of drugs, called ATR inhibitors, could ‘expand our range of treatment options’ and ‘overcome resistance to other targeted treatments’.

The study involved patients with very advanced tumours for whom no other treatment had worked and who received Berzosetib either on its own or with chemotherapy.

Patients who also received chemotherapy particularly benefitted, with 15 of 21 patients (71%) seeing their disease stabilise. Across both groups, 20 out of 38 patients (53%) responded positively to the treatment.

Following the success of the trial, run by the Institute of Cancer Research (ICR) and Royal Marsden NHS Trust, further trials of the family of drugs are now being planned.

Professor Johann de Bono, head of drug development at the ICR and The Royal Marsden, said the results are ‘encouraging’, particularly at an early clinical trial.

He continued: ‘In future, this new class of ATR inhibiting drugs could boost the effect of treatments like chemotherapy that target cancer DNA, expand our range of treatment options and overcome resistance to other targeted treatments.’

Professor Paul Workman, chief executive of the ICR, said targeting cancer’s ability to repair its DNA has delivered advances against the disease in recent years.

He continued: ‘It’s exciting to see the first clinical trial of a drug targeting a key player in the DNA repair process have such promising results, and I look forward to the results of further studies testing the benefit of this new family of targeted treatments.’

Earlier this month, a study found insights into DNA replication that could be applied to help develop novel cancer treatments.

Data analysed by the charity Prostate Cancer UK has also revealed that prostate cancer is now the most commonly diagnosed cancer in the UK.