Nightingale hospitals to be converted into cancer testing centres 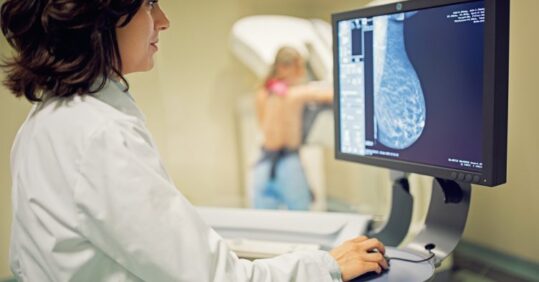 Nightingale Hospitals are to be converted into cancer testing centres to tackle the backlog of potential cases, health secretary Matt Hancock has confirmed.

Conversion is already underway on Exeter’s Nightingale, one of seven Nightingale sites in the UK built for those suffering from Covid-19, in case the NHS is overwhelmed with potential cancer patients.

The Exeter site – which was never opened due to low local rates of Covid-19 – will screen multiple potential cancer cases a day from 6 July, and be open seven days a week, 8am to 6pm.

Matt Hancock confirmed in a tweet other Nightingale Hospitals would follow and urged anyone with symptoms or concerns to come forward.

NHS England chief executive Sir Simon Stevens first revealed that Exeter’s Nightingale site would be the first converted to a cancer screening centre to the House of Commons Science and Technology Committee yesterday.

He said: ‘It’s worth remembering that four fifths of the patients who are on a waiting list are typically waiting for a test or an outpatient appointment, rather than waiting to be admitted to hospital for an operation.

‘And given the pressures on hospitals and diagnostic teams are over the March, April, May period, there has been a big reduction in the flow of patients through those diagnostic services.

Last month, NHS England data revealed that the number of urgent cancer referrals made by GPs in April declined by 60% year on year.

It also emerged that cervical screening offers will start being sent out to women across England again from June after the invitation system was paused due to the Covid-19 pandemic.

Prostate cancer also recently overtook breast cancer as the most commonly diagnosed cancer in the UK.