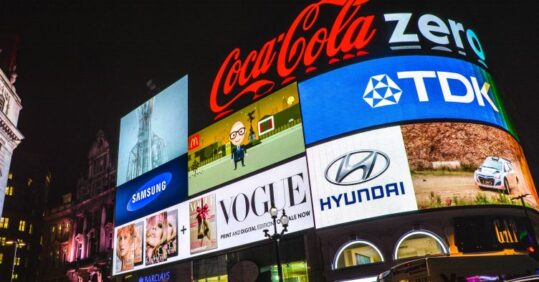 Exposure to outdoor blue light – such as from street lights and commercial billboards – could increase the risk of developing bowel cancer, a study has suggested.

The research from the Barcelona Institute for Global Health (ISGlobal) found that exposure to high levels of the blue light spectrum is associated with an 60% increased risk of colorectal (bowel) cancer, compared to the less exposed population.

Scientists had analysed data from 2,000 adults in Barcelona and Madrid (660 with colorectal cancer and the rest randomly selected from the local population) and estimated their exposure to blue light using satellite images.

However, they found no association with other types of artificial light, such as visual light that covers all the entire electromagnetic spectrum.

The study authors said blue light is also emitted by many tablets and phone screens, as well we most white LED lights.

Manolis Kogevinas, a science director at ISGlobal, explained that ‘night-time exposure to light, especially blue-spectrum light, can decrease the production and secretion of melatonin’.

Melatonin is a natural hormone that plays a key role in regulating the sleep cycle. Experts suggest that blue light suppresses melatonin, which may in turn disrupt the circadian rhythm.

Individuals with a history of working night shifts were excluded from the research, as night work disrupts the body’s sleep cycle.

The study also did not take into account individual behaviours, such as the use of rolling shutters, and only estimated the amount of light people are exposed to outside their homes.

Kogevinas continued: ‘Research on the potential effects of light exposure is still in its infancy, so more work is needed to provide sound, evidence-based recommendations to prevent adverse outcomes.’

‘As the researchers acknowledge themselves, this area of work is in its infancy and we’d welcome further studies.’

The data used in the study was from the multi-case-control Spain (MCC-Spain) project, a population-based research project looking at environmental and genetic factors in cancer.

The World Health Organisation classifies nightshift work as probably carcinogenic to humans with breast, prostate and colorectal cancer associated with the highest risk.

Another study by ISGlobal from 2018 found that exposure to blue light is also linked with breast and prostate cancer.

Colorectal cancer is the third most common type of cancer worldwide, after lung and breast cancer.