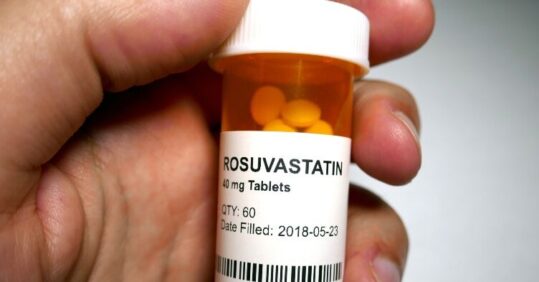 Clinicians can consider prescribing statins in people with a lower risk of cardiovascular disease (CVD) under updated draft guidance from NICE.

Recommendations out for consultation say while the current risk threshold has not changed, statins can now be offered as an option in individuals with a 10-year CVD risk score of less than 10%.

The updated guidance recommends that doctors consider atorvastatin 20 mg for the primary prevention of CVD in those with a lower risk threshold where there is patient preference for taking a statin or concern that risk may be underestimated.

NICE has estimated that under the new recommendation – an update to the 2014 guidance – for every 1,000 people with a risk of 5% over the next 10 years who take a statin, about 20 people will not get heart disease or have a stroke.

GPs can consider prescribing at the lower risk thresholds under shared-care decision making with patients after assessing risk with the QRISK3 tool, the committee said but advise should also be offered on diet, physical activity, and other lifestyle factors such as smoking.

But they added that focusing on increasing uptake among people with the highest risk of CVD events would have more impact.

Paul Chrisp, director of the Centre for Guidelines at NICE, said: ‘What we’re saying is that, for people with a less than 10% risk over 10 years of a first heart attack or stroke, the decision to take a statin should be left to individual patients after an informed discussion of benefits and risks.

‘The evidence is clear, in our view, that for people with a risk of 10% or less over 10 years, statins are an appropriate choice to reduce that risk.

‘We are not advocating that statins are used alone. The draft guideline continues to say that it is only if lifestyle changes on their own are not sufficient, and that other risk factors such as hypertension are also managed, that people who are still at risk can be offered the opportunity to use a statin, if they want to.

‘They don’t have to, and their decision should be informed by an understanding of the risks and tailored to their values and priorities.’

He added it would be the responsibility of GPs to explain the ways in which people can reduce their risk of cardiovascular disease, presenting all the options promoted by the draft guidance, including lifestyle changes, blood pressure control, avoidance of diabetes and cholesterol (lipid) lowering, and then letting patients to make their own decisions.

‘Finally, it should be stressed that people who want to talk to their GP team about this should do so at their next routine appointment, they don’t need to take urgent action.’

The guidance comes with an updated decision aid to help people make informed choices about taking statins for primary prevention.

This article was initially published by Pulse

1.1.8 Use the QRISK3 tool to calculate the estimated CVD risk within the next 10 years for people aged between 25 and 84 without CVD

1.1.9 Use the QRISK tool for people with type 2 diabetes aged between 25 and 84
1.1.11 Recognise that CVD risk tools may underestimate risk in certain groups of people, including but not limited to:
• people treated for HIV
• people already taking medicines to treat CVD risk factors
• people who have recently stopped smoking
• people taking medicines that can cause dyslipidaemia such as
immunosuppressant drugs
• people with autoimmune disorders, and other systemic inflammatory
disorders.

1.1.12 Consider people aged 85 or older to be at increased risk of CVD because of age alone, particularly people who smoke or have raised blood pressure.

1.1.17 Consider using a lifetime risk tool to inform discussions on CVD risk and to motivate lifestyle changes, particularly for people with a 10-year QRISK3 score less than 10%, and people under 40 who have CVD risk factors