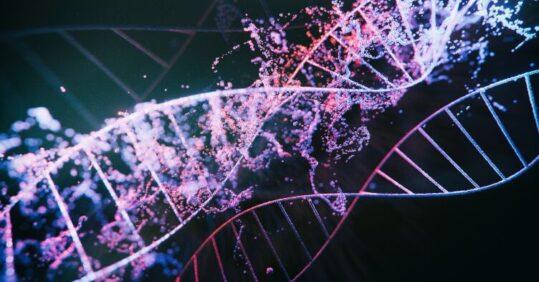 Genetic testing could save thousands of patients’ lives who have an ‘invisible’ risk of heart disease and strokes, according to a pilot NHS study.

Routine genetic testing would lead to an extra 700,000 people being recommended for statin medications and could reduce cardiovascular events in people aged 45- 60 by 11,000 within a decade.

A person’s genetic makeup is a significant risk factor for all common diseases, including CVD. For people between 45 and 64 years of age, genetics accounts for as much as 40% of the disease risk. Until now, there has been no way of measuring a person’s genetic risk of developing a disease, meaning high-risk patients remain unseen by the NHS.

Current methods of assessing CVD risk, a clinical tool known as QRISK, were combined with a patient’s genetic information to create a CVD risk profile. The researchers analysed data from 824 participants aged between 45 and 64 who were invited for their NHS Health Check and offered additional genetic testing. Twelve GP practices in the North-East of England and Cumbria took part in the study.

The current QRISK tool incorporates factors such as blood pressure, cholesterol, BMI, smoking status, age, sex, and family history to identify high-risk patients and inform management and treatment decisions. Individuals receive a percentage score indicating their chances of having a heart attack or stroke over the next ten years. A score above 10% indicates they are at high risk.

When genetic information was added to QRISK data, nearly a quarter of the participants had clinically significant changes in their CVD risk. Just over 5% of the study population who had been classified as low risk were found to be at high risk, and a further 2.8% of participants moved from being at high risk to very high risk. GPs also reported they would change their management of 13% of the overall study population as a result of knowing the risk.

The study found that incorporating genetic testing into current best practice was straightforward and did not increase the burden on practice staff at a time of stretched resources and high workloads. More than 90% of GPs and 87% of participants felt this testing could easily be incorporated into their care.

Professor Ahmet Fuat, the principal investigator of the HEART study, described the findings as a ‘game-changer’ for both patients and GPs.

He said: ‘The HEART study has shown us that this kind of genomic testing has the potential to transform the way we manage cardiovascular disease in primary care. Prevention is at the heart of what we do as GPs, and risk assessment underpins that.’

He added: ‘We have shown in HEART that genomic testing improves how we identify those patients who most need preventative measures, closer management, and treatment, and helps us target the right interventions.’