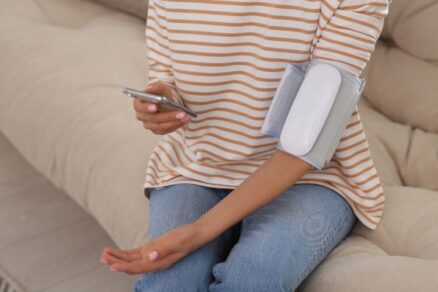 Home blood pressure (BP) monitors that connect to smartphones are no better than standard devices when it comes to lowering BP, a randomised controlled trial finds.

Bluetooth-enabled home BP monitors wirelessly transmit BP measurements to a smartphone app which provides visual reports and reminders to patients, researchers wrote in JAMA Internal Medicine, although it was unclear whether this resulted in superior BP control compared with standard devices.

For the BP Home study, more than 2,000 mostly middle-aged or older US patients with uncontrolled hypertension were randomised to receive in the post either a Bluetooth-enabled monitor or a standard monitor, along with web-based educational materials and phone-based support if needed.

Comparing data from the patients’ baseline in-clinic BP readings with those taken six months later, the researchers found no significant difference between the two groups, with both sets of patients recording around a 11mmHg drop in systolic BP over the study period.

Enhanced home monitoring devices did not provide any additional reduction in BP, the researchers concluded, adding that patients were no more likely to recommend them to a friend than the standard device.

‘The answer from BP Home is clear: there is no significant benefit of enhanced vs standard [self-measurement of blood pressure] when delivered without additional cointerventions or support,’ they wrote.

‘Future research should continue to evaluate novel technologies, which may yet provide a scalable and affordable approach to achieving a better population-level BP control.’

Commenting on the findings, corresponding author Dr Mark J Pletcher of the University of California, San Francisco’s department of epidemiology and biostatistics, said the trial provided real-world information for healthcare professionals and patients.

‘There have been a lot of studies suggesting that with home monitoring, the more support and handholding you give, the better results you get for blood pressure control. But most of these programs are really hard and expensive to implement,’ he said in a statement.

The effort involved in setting up the Bluetooth-enabled devices was not trivial, he noted, but researchers had thought they might improve BP control by providing patients with reminders, and the ability to visualise and understand the data.

‘As it turns out, there doesn’t seem to be any benefit to any of that. What seems to matter is engagement and support from health care providers,’ he said.

This comes after research from the Universities of Glasgow and Newcastle published in June 2021 found blood pressure and type 2 diabetes can be managed without medication through sustained weight loss.