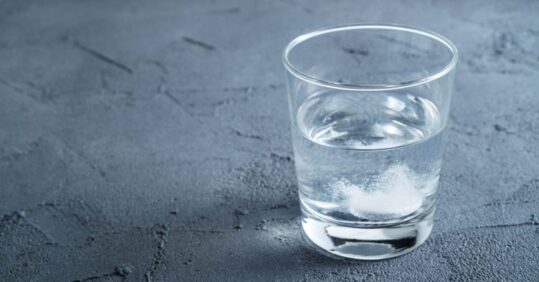 Paracetamol formulations containing sodium are linked to an increased risk of cardiovascular disease and mortality in people with and without hypertension, a population-based cohort study suggests.

Previous studies had found high sodium intake was linked with increased risks of cardiovascular disease (CVD) and all-cause mortality among those with hypertension, but the findings in people without hypertension had been unclear.

Using an electronic medical record database with records of approximately 17 million patients cared for by GPs in the UK, researchers compared the risks of incident CVD and all-cause mortality over a year of follow-up among people prescribed sodium-containing paracetamol compared with those prescribed paracetamol without sodium in a group of people with hypertension and a cohort without the condition.

‘Results of specific CVD outcomes and all-cause mortality were similar,’ the researchers wrote.

‘The risk of CVD and mortality increased as the duration of sodium-containing acetaminophen increased. Our findings were consistent in several sensitivity analyses, indicating that observed associations were robust.’

The effervescent and soluble formulations of 0.5g paracetamol contained 0.44g and 0.39g of sodium, respectively, they noted, meaning the maximum daily dose (4g per day) of sodium-containing paracetamol corresponded to 3.5g and 3.1g of sodium, a dose that exceeded World Health Organisation’s recommended total daily allowance of 2g per day.

Commenting on the study findings, Professor Sir Nilesh Samani, medical director at the British Heart Foundation, pointed out that the researchers did not know whether there were any differences in dietary salt consumption between the groups which could have affected the risk of developing a heart and circulatory condition or dying and that the study had looked at people taking sodium-containing paracetamol over an extended period.

‘If you take paracetamol that contains sodium occasionally to manage an isolated headache or very short bouts of pain, these research findings should not cause unnecessary concern,’ he said.

NHS registered dietitian Catherine Collins added that some people were unable to swallow tablets and so needed to take dissolvable medications.

‘For those patients it’s important not to halt their medications simply on these findings, given the authors admit their data is incomplete – daily dietary salt intake wasn’t measured and although death rates were measured, actual cause of death may have related to something entirely irrelevant to their study,’ she said.

However, it was useful to recognise that many popular ‘fizzy’ vitamin supplements contained a significant amount of sodium, which wasn’t always obvious from the front-of-pack labelling.

‘Tablet versions will naturally be low in sodium, so if in doubt, choose these instead,” she said.

Dr Richard Francis, head of research at the Stroke Association, said pill, capsule and oral suspension forms of paracetamol did not usually contain salt, so the findings ‘shouldn’t be too concerning for people using these forms of over-the-counter paracetamol’.

‘People who have been prescribed salty, soluble paracetamol should have its salt content made clearer to them, try to reduce the salt content in the food they eat, work with their doctor to manage their blood pressure and try to switch to a type of paracetamol without salt,’ he said.