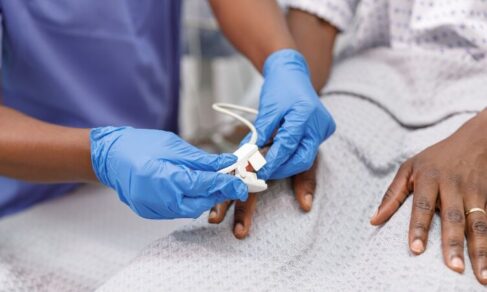 Patients with chronic obstructive pulmonary disease (COPD) who undergo major surgery are more likely to die in the year after surgery than similar patients without COPD, according to a new study in Canada.

Researchers from the University of Toronto found that COPD patients have a 61% increased risk of dying after surgery compared with demographically similar patients without COPD undergoing similar surgery.

Patients with COPD were found to have multiple health problems, and the researchers suggest that pre and post-operative care of COPD patients need to reflect this.

The findings were published in the Canadian Medical Association Journal.

COPD is common among surgical patients, with estimates suggesting more than 10% of surgical patients have been diagnosed with the condition. Previous research has shown that COPD patients have a higher risk of complications and death within 30 days after surgery. By examining the health records of 932 616 patients, the researchers of this study sought to describe the longer terms impacts on the patient and health service costs by investigating the effects one year after surgery.

All participants in the study were over 35 years old and underwent major surgery between 2005 to 2019 in Ontario. The surgeries included total hip or knee replacement, gastrointestinal surgery, vascular surgery and other elective noncardiac surgeries. Approximately 1 in 5 patients having surgery had been diagnosed with COPD. These patients tended to be older, male, frail and had a low income. They were also more likely to suffer from comorbidities, including coronary artery disease, diabetes and lung cancers.

Dr Ashwin Sankar, from St. Michael’s Hospital in Ontario, which is part of the University of Toronto, said: ‘Because patients with COPD are often frail and have many health problems, their management around the time of surgery should address not only COPD but all their health issues.’

In addition to a 61% increased risk of dying in the year after surgery, healthcare costs for all COPD patients were 13% higher than those without COPD. The research showed that increased risks and costs were evident after the immediate 30-day post-operative period.

The authors state that patients with COPD typically have ‘concurrent comorbidity, biopsychosocial issues and frailty’, and their findings highlight the importance of careful risk prediction and decision-making for patients with COPD who are considering surgery. The researchers hope the results of the study will help policy-makers and hospital administrators to better respond to the postsurgical needs of people with COPD.