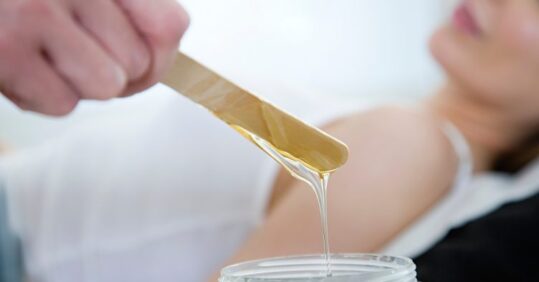 Pubic lice are ‘here to stay’ and will not become extinct, in part because fewer people wax their pubic hair, experts have said.

They called reports predicting the complete eradication of pubic lice, made after the parasite became nearly extinct around the millennium when hair removal was more popular, ‘premature’.

One of the researchers, Dr Priya Patel, suggested that Sex and the City could have been ‘responsible for changing attitudes that so nearly wiped out this pest in the first decade of the century’. But now the fashion for waxing has waned two decades on it could spread faster as public hair makes transmission of the lice easier.

Dr Patel continued: ‘Having survived [waxing being popular], the pubic louse seems to be here to stay, at least for as long as humans are around.’

The team of dermatologists also theorised that public resistance towards common chemical treatments, such as permethrin, has halted their eradication.

In addition, climate change could lead to ‘pockets’ of pubic lice outbreaks, as it will cool some areas and pubic lice increase in numbers during colder weather.

However, the experts also stressed that waxing and other methods of hair removal lead to other health conditions, such as ingrown hairs and skin irritation.

British Association of Dermatologists spokesperson Matthew Gass said: ‘Although we are unlikely to ever truly eradicate this pest, it’s arguable that the ‘cure’ is worse than the disease for most people.

‘Issues stemming from waxing, and other methods of widespread pubic hair removal, such as ingrown hairs or skin irritation are more common than pubic lice are ever likely to be and represent a greater overall health burden to the average person.’

The scientists presented this information to the Virtual Annual Meeting of the British Association of Dermatologists this month.

In 2014, a study concluded that the increased incidence of hair removal may lead to the ‘complete eradication’ of pubic lice ‘as the natural habitat of this parasite is destroyed’.

Pubic lice has infested humans for thousands of years after evolving from its ancestor the gorilla louse about 3.3 million years ago to live on humans’ coarser hair.

Last month, researchers suggested that the long-term widespread use of potent topical corticosteroids – used to treat psoriasis and eczema – may increase vulnerability to Covid-19.