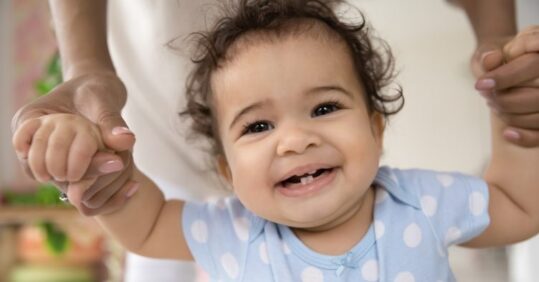 An artificial pancreas is helping protect young children with type 1 diabetes, who are at an ‘extremely vulnerable’ age when it comes to changes in their blood sugar levels, say experts.

A  study published yesterday by the University of Cambridge, which looked at 74 one to seven-year-olds with type 1 diabetes, found the ‘life-changing’ technology is more effective at managing blood sugar levels in with than current technology, called sensor-augmented pump therapy.

The new technology uses an app – CamAPS FX – which, combined with a glucose monitor and insulin pump, acts as an artificial pancreas, automatically adjusting the amount of insulin it delivers based on predicted or real-time glucose levels. This is called a CamAPS FX hybrid closed-loop system.

In contrast, sensor-augmented pump therapy requires parents to review glucose levels using a monitor and manually adjust the amount of insulin administered by the pump.

Dr Julia Ware, the study’s first author, said parents had described the artificial pancreas as ‘life-changing’ because they were able to ‘relax and spend less time worrying about their child’s blood sugar levels, particularly at night time’, and ‘play and do fun things’ as a family.

‘Very young children are extremely vulnerable to changes in their blood sugar levels. High levels in particular can have potentially lasting consequences to their brain development,’ she added.

The study participants used the CamAPS FX hybrid closed-loop system for 16 weeks, and then the control treatment – the sensory-augmented pump therapy – for 16 weeks.

On average, children spent 71.6% of their day in the target range for their glucose levels when using CamAPS FX – almost nine percentage points higher than the control period.

The study participants also spent 22.9% of their day with raised blood sugar levels (hyperglycaemia), almost nine percentage points lower than the control, while there was no change to the time spent with low blood glucose (hypoglycaemia).

It is a ‘hybrid closed loop system’, meaning that the child’s carer will have to administer insulin at mealtimes, but at all other times the algorithm works by itself.

Dr Ware added: ‘CamAPS FX led to improvements in several measures, including hyperglycaemia and average blood sugar levels, without increasing the risk of hypos. This is likely to have important benefits for those children who use it.’

Managing diabetes can be difficult in this age group because of factors including the high variability in levels of insulin required and in how individual children respond to treatment, and their unpredictable eating and activity patterns.

Devices that monitor glucose levels and deliver insulin via a pump, which administers it through a cannula inserted into the skin, have previously proved successful to an extent in older children, but not very young children.

CamAPS FX is available through a number of NHS trusts, including Cambridge University Hospitals NHS Foundation Trust, and the team hope it will soon be available even more widely.

Dr Faye Riley, senior research communications officer at Diabetes UK, said: ‘We hope that research like this, along with the NHS England pilot rollout, will soon lead to many more children benefitting from this life-changing technology.’

This comes after NICE recommended that any patient living with type 1 diabetes should be able to access glucose monitoring technology, in December last year.