– Diabetes care is costly, so enabling informed self-management is crucial

– Target setting with individuals can enable knowledge and self-management

The World Health Organization has just released its Global Report on Diabetes1 which details how both type 1 and type 2 diabetes are escalating in prevalence across the world. In the UK this has certainly been recognised and Diabetes UK2 has reported that diabetes is occurring at epidemic rates, with the numbers diagnosed in the UK having soared by 60% in the last 10 years. This equates to one person being diagnosed with diabetes every two minutes, which scales up to 700 people being diagnosed every day within the UK – a truly alarming figure.

Type 2 diabetes has been described as ‘the fastest growing health threat to our times’.1 For general practice this can be particularly overwhelming. Therefore the recent National Institute for Health and Care Excellence (NICE) guidance NG283 focuses on individual target setting and helping people to develop the knowledge and skills to effectively self-manage if they are able. This approach is also followed in the 2015 American Diabetes Association (ADA) and European Association for the Study of Diabetes (EASD) position statement on hyperglycaemia in type 2 diabetes4 and promoting patient-centred care.

This article will consider how practitioners can help people with diabetes to avoid potential complications.

The impact of type 2 diabetes is profound. In 2012, 1.5 million deaths were due to the effects of diabetes.1 Hyperglycaemia and sub-optimally controlled glycaemia caused an additional 2.2 million deaths by increasing the risks of cardiovascular and other diabetes-related macro and microvascular diseases. Forty-three percent of these 3.7 million deaths occurred before the age of 70 years. Therefore the focus for all practitioners has to be on recognising people at high risk of type 2 diabetes and advising them on reducing their risks using individual guidance and goal setting and potential referral to the National Diabetes Prevention Programme.5

Diabetes UK2 reported the current UK spend on diabetes medications is nearly £869 million – 10% of the total NHS drugs bill. However, the cost of treating preventable complications of diabetes is a staggering £7.7 billion. Unless there is effective diabetes prevention and risk management, both of these costs are predicted to rise to £17 billion in the next 21 years.2

What are the complications?

Diabetes of all types can lead to complications in many parts of the body and can increase the overall risk of dying prematurely.1 Macrovascular disease can lead to increased risk of heart attacks and strokes. Microvascular disease can cause kidney failure, vision loss and neuropathic disease, which can initiate nerve damage, then foot ulceration and potential amputation, sexual dysfunction, and gastroparesis. Additionally, periodontal disease is increased in sub-optimally controlled type 1 and type 2 diabetes.6 Depression and severe mental illness are also more commonly experienced by people with type 2 diabetes.7 Moreover, in pregnancy, sub-optimally controlled diabetes increases the risks of fetal death and other complications.8

Cardiovascular disease (CVD) is the leading cause of death for people with type 2 diabetes.1 NICE NG283 and the ADA & EASD (2015)4 both highlighted that glucose control remains a major focus in management.

Controlling hyperglycaemia is shown in landmark UK trials9,10 to reduce incidence of macro and microvascular disease, and longer-term hyperglycaemia management is shown to positively influence cardiovascular outcomes.11 Indeed, NICE NG28 (2015)3 offers advice on treatment escalation, as does the ADA and EASD guidance.4 However, target setting must be individual, appropriate to the patient’s social, employment and personal circumstances, and decision making must be joint.3,4

Approaches to reducing cardiovascular risk factors include smoking cessation, treating high blood pressure and managing cholesterol (using recommended therapies such as statins). Anti-platelet therapies should be used where appropriate. Target blood pressure is 140/80mmHg and has been lowered to 130/80mmHg for those with renal or eye damage or previous transient ischaemic attacks (TIAs) or cerebrovascular disease (CVA).3 While NICE NG283 does not promote anti-platelet therapies in primary prevention, it does include their use in secondary prevention. Aspirin is favoured for patients with ischaemic heart disease and previous myocardial infarction. Clopidogrel is the drug of choice for those with previous TIAs or CVA. Either drug is an option in peripheral vascular disease (PVD).12 It will be interesting to see if the outcomes of the Study in Cardiovascular Events in Diabetes ASCEND trial,13 expected in 2017, will alter this advice.

Diabetic retinopathy is a vascular disease resulting in the degeneration of retinal capillaries. This is caused by progressive changes in the retinal microvasculature, leading to areas of tissue non-perfusion, increased vascular permeability and proliferation of new fragile retinal vessels, which can burst and bleed.14

When retinopathy starts, it is seen in the outer sections of the circulation to the eye, and therefore does not affect the macula or field of vision in the early stages. The incidence of diabetic retinopathy increases with age. This explains why the majority of people with diabetes between the age of 40 and 59 are at particularly high risk. Retinopathy is also linked with duration of diabetes – those who have been diagnosed for five to 10 years are five times more likely to develop early retinal changes.15 This reinforces the evidence for annual retinal screening as primary and secondary prevention.

Controlling blood glucose fluctuations and maintaining an HbA1c below 53mmol/mol reduces the incidence of retinopathy by 76%.16 Good glycaemic control has been consistently demonstrated to reduce the risk and incidence of retinal damage.17,18 Controlling blood pressure below 140/80mmHg sustained a 40% reduction in the progression of diabetic retinopathy in the landmark UK Prospective Diabetes Study, 1998.9 If retinopathy is already present, controlling blood pressure and glycaemia can facilitate regression from the initial asymptomatic stages back to the retinopathy-free stage. This offers a hopeful solution to this microvascular complication16 and is useful evidence for practitioners when discussing glycaemic and blood pressure control with patients.

Diabetes is the leading cause of chronic kidney disease.19 Nephropathy occurs in 30-40% of all people with diabetes after 25-40 years. Approximately one third of those with diabetic nephropathy will progress to end-stage renal disease (ESRD) requiring some form of renal replacement therapy.20 However, the risk of CVD in this population is elevated and greater than the risk of progression to ESRD.

Sub-optimal glycaemic control often goes undetected, so an early morning ACR and concurrent serum creatinine should be checked. Blood pressure should be measured regularly in everyone with type 2 diabetes and nephropathy, aiming for less than 130/80mmHg.3,21 It should be recognised, though, that targets should be individualised.

Not everyone can achieve the set targets without adverse effects on their health – for example, postural hypotension may be induced in older adults, increasing their risk of falls and fractures22 so targets should be adapted as appropriate. Good blood glucose control, aiming for an HbA1c target of 48mmol/mol, has been shown to reduce diabetic nephropathy.3 However, this needs to be balanced with the individual’s risk of hypoglycaemia, especially in older people.22 Additionally, if a person is taking metformin,3 specialist advice from a nephrologist and/or diabetologist is required if their renal function is deteriorating.

Diabetes is the leading cause of peripheral neuropathy worldwide.23 Diabetic neuropathy has varied clinical manifestations and may involve every system in the body.24 This means diabetic neuropathies can result in considerable morbidity, disability and reduction in quality of life with increased mortality.

The most common presentation seen in primary care is distal sensorimotor neuropathy, the principal problem being sensory loss that allows foot ulceration. Another considerable problem is peripheral neuropathic pain, which affects 15-26% of people with diabetes25 and can lead to considerable disability.

People with diabetes should have an annual check for sensory loss as sensation is protective against ulceration. For example, if a 10g flexible monofilament can be felt, then the person can be categorised as being at low risk of ulceration. Unfortunately, peripheral vascular disease is a major partner in most cases of diabetes-related foot ulceration and should also be assessed at the annual foot check. Sensory loss and signs of vascular disease are triggers for referral to podiatry.26,27

The autonomic nervous system controls many bodily functions, including heart rate and the redirection of blood flow within the body (for example, shutting down the peripheral circulation when cold and increasing it when hot).28 The most common presentations of autonomic dysfunction are:

– Sexual dysfunction in both sexes.

– Dizziness (and sometimes fainting) associated with changes in posture (postural hypotension) – particularly when getting out of bed.

Diabetes is thought to double the risk of sexual problems in men and women,29 and women’s sexual dysfunction is often

under-acknowledged in evidence and practice. Often help can be easily found. A simple way to broach the subject is to ask: “Some people with diabetes have problems with their sex lives; have you ever had a problem like that?”29 This can help to open the dialogue.

Gastroparesis occurs with vagus nerve damage, which stops the muscles of the stomach and intestines working normally and alters digestion.24 The effects include failure of stomach emptying (which can cause discomfort, vomiting and problems with glycaemic control) and bowel problems such as constipation, diarrhoea and occasionally incontinence. Less often, the bladder is affected, causing urinary retention and overflow incontinence.

Practitioners should enquire during review about bowel and bladder function. If patients develop digestive problems, consider whether the cause is their diabetes. Specialist referral is required for management of these conditions.

Clear communication about individual risks is key to helping people understand their goals of care and getting them engaged with their care decisions.30 NICE NG283 promotes individualised care approaches. This can be supported by tools such as Diabetes UK Information Prescriptions31 on EMIS and Systemone to help them set goals they feel able to achieve.

NICE NG283 does not promote home blood glucose monitoring because of increasing cost pressures. An average commissioning group in the UK can spend £1.5 million on glucose monitoring and £3.5 million on medication for diabetes.32 However, NICE recognises that home monitoring can be motivating32 for many people. It can also minimise the risk of hypoglycaemia and allow health professionals to escalate treatment in a timely manner.32

NICE NG2183 and the ADA and EASD4 guidance are built around the approach of helping people to understand about their diabetes, to set goals they will be able to achieve and to know when it is important to seek help. The practitioner-patient partnership has never been more pivotal in preventing the complications of diabetes.

16.       Diabetes Control & Complications Trial. The effect of the intensive treatment of diabetes on the development & progression of long-term complications in insulin dependent diabetes mellitus. New England Journal of Medicine, 2014 nejm.org/doi/pdf/10.1056/NEJM199309303291401 (accessed 4 May 2016). 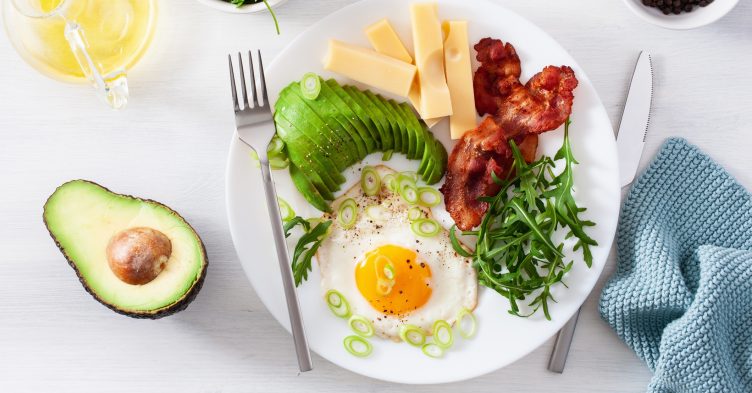 4Pfizer and Moderna vaccines ‘safe and effective’ in pregnant women