Diabetes and the patients that don’t want help 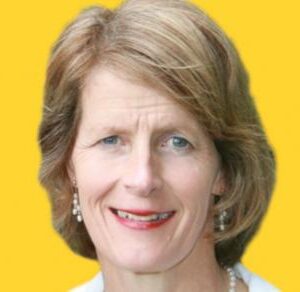 How do we or rather how should we approach those patients who appear to not want to be helped?

How do we or rather how should we approach those patients who appear to not want to be helped?

Today I saw two people who fit that category and the way the first one treated me had quite a bearing on how I dealt with the second one. Recently I had seen a couple of small breakthroughs in people who had previously been resistant to taking control of their diabetes and accessing the support we were offering. I had phoned these two people, when they were having a difficult time and offered to see them and find out how I could help them with their diabetes.

With both I was surprised when they agreed to come in and I was delighted when they actually attended their appointment. As I said to the GP, immediately after one left the surgery; the time I had just spent, was not measurable in terms of outcomes. However, it appeared that I had began to develop a rapport with them, so that they might feel able to trust me meaning that they may come back and eventually begin to take on aboard any advice I was offering.

Today, I was faced with the complete opposite, the man came in, and was on the attack from the start, and everything I tried to discuss with him or suggest to him he threw back at me. He accused me of not knowing what I was talking about, that my “terminology” was “scaremongering”, and how could I help him, he’d managed his diabetes for 37 years without blood glucose testing and by using a needle and syringe for injecting. He did say that he didn’t mind change at one point, but this contradicted all his comments about not needing to test blood glucose or using modern equipment such as insulin pen devices. He did not want to acknowledge that his heart attack and stroke were more than likely a result of poorly controlled diabetes. This to me was an obvious case of “informed disssent” in the eyes of QOF targets, as I explained what we could offer, how we would like to help and he refused it. From what he told me, he had never been under the care of any particular specialist for his diabetes, and I wonder if that was all down to his attitude.

What is the right thing to do in cases like these? I am sure there is some very good reason why he felt he had to be so unpleasant and so resistant to any care offered to him. What would you have done in a similar situation? It really would be good to hear your experiences. Many of you who read this will have had similar experiences, and it can be good to share them as it would help others when they go through such situations.

In the news is the fact that the NHS has not been doing enough for diabetes. What should they be doing? Should there be more in the way of prevention programmes available? Should we be working harder to find those who are seriously at risk of developing type 2 diabetes, and advising them so that they halt the onset of type 2? Should we be trying to do more with those who are overweight/obese, and how should we be approaching this? Who should be taking responsibility in all this, and how are we going to reverse the trends in society in regards to eating and physical activity?

Those of you who are reading this, it would be great to hear your views.