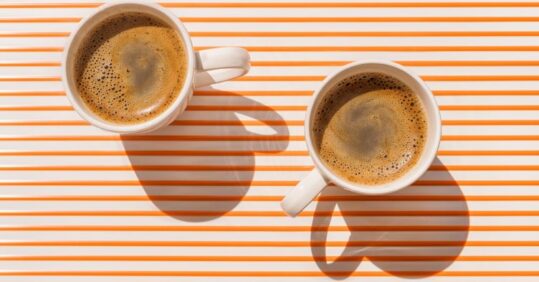 Drinking green tea and coffee every day is linked to a lower risk of death from all causes among people with type 2 diabetes, a Japanese study has suggested.

The research from Kyushu University, published in BMJ Open Diabetes Research & Care, followed 4,923 people with diabetes for five years, just over 300 of whom died during that time.

It found that people who drank coffee, green tea, or both had lower odds of dying from any cause compared with those who drank neither beverage. Drinking higher quantities of both further lowered risk.

Participants who drank one cup of green tea a day lowered their mortality risk by 15%, while two cups were associated with a 27% reduction, and four or more cups were linked to a 40% drop.

Among coffee drinkers, up to one daily cup was found to lower the risk of death by 12%, while one cup a day did so by 19%. Two more cups a day reduced mortality risk by 41%.

Research has previously suggested that regularly drinking green tea and coffee may be beneficial to health, but few studies have been carried out among people with diabetes.

The researchers could not fully explain their results, but noted that green tea and coffee contain antioxidant and anti-inflammatory products such as phenolic compounds, theanine and caffeine.

They added: ‘We did not obtain information about some other confounding factors, such as educational and socioeconomic levels. Higher educational or income levels may be associated with greater coffee consumption.’

People with diabetes are more prone to circulatory diseases, dementia, cancer and bone fractures. The participants who died during the five-year study did so predominantly from cancer or cardiovascular disease.