Patients with diabetes often have to rely on general practice for ongoing care, because follow-up is regular after seeing a specialist, a review of NHS compensation claims has found.

The report from NHS Resolution said referral pathways for specialist diabetic footcare are complicated and slow with patients often having to be referred multiple times.

There were 92 cases of lower limb complications from diabetes in England after 2013/14 that had been settled by 2018/19, with a steady growth in claims over time.

Almost two-thirds of the cases identified involved compensation for below knee amputation and 22% for amputation above the knee.

More than half had never had input from a multidisciplinary footcare team at any point.

High-risk patients were often not identified and had received very minimal preventive care, the report said.

Then once a problem was found, 68% of patients received a delay in being referred often having been seen by multiple clinicians before being sent to the specialist team.

And while the clinicians who first identified a lower limb problem were from an array of disciplines, GPs were the only ones who referred into the specialist footcare services with ‘at least two clinicians and two episodes of care seemingly necessary to generate one referral’, the report found.

GPs and practice nurses had to chase specialists in an often unsuccessful effort to expedite review, and at times multiple referrals were sent before the patient was seen, it continued.

Patients who had been seen by a foot protection service or multidisciplinary footcare team often did not have ongoing consistent review, waiting months or being lost to follow-up.

GPs were frequently requested to prescribe antibiotics, refer to the vascular or orthopaedic team, arrange admission, and to see patients on an emergency basis, the report said.

In all 64% of the cases looked at did not have ongoing consistent reviews and relied on the GP for ongoing care.

One clinician involved in a claim had said their multidisciplinary footcare team only had the resources to run a clinic once a month but they had been pushing for the service to increase. The trust involved had paid out £200,000 in diabetic lower limb clinical negligence over the period looked at.

The report concluded there was a ‘well-recognised’ need to address variation in standards of care that patients with diabetes and lower limb complications receive and recommended clearer patient pathways and a review of how diabetic footcare services are commissioned.

‘The model of care that patients did receive appeared to be one which was resource-heavy, yet outcome-light,’ it said.

Professor Michael Edmonds, consultant diabetologist at King’s College Hospital, who contributed to the report as part of a clinical advisory group said the report should be compulsory reading for all those caring for patients with diabetes.

‘There must be learning from the diabetes-related lower limb amputations analysed in this report and a thorough appreciation of why they occurred.’

This comes after Diabetes UK warned this month that the number of children being treated for type 2 diabetes in paediatric diabetes units  has risen more than 50% in five years. 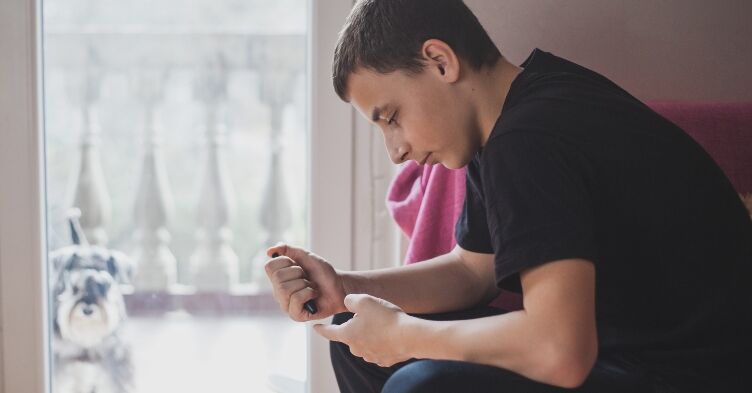 South Asians predisposed to type 2 diabetes at a younger age