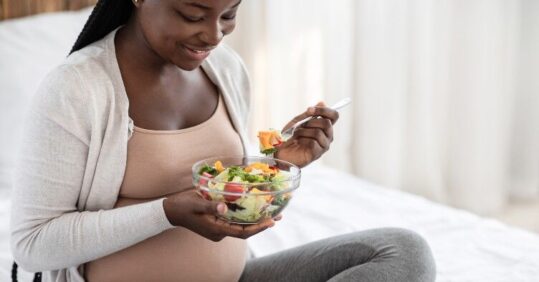 Women who had diabetes in pregnancy can reduce their risk of going onto develop type 2 diabetes by following a healthy lifestyle, a large study has found.

The prospective cohort study of more than 4,000 US women who had gestational diabetes found those who followed five healthy lifestyle measures had a 92% lower risk of developing type 2 diabetes compared with women who did not follow any.

The five modifiable risk factors were maintaining a healthy weight, eating a high-quality diet, being regularly physically active, not smoking, and having moderate alcohol consumption.

Researchers found an inverse dose-response association, with the risk of type 2 diabetes decreasing with every additional healthy lifestyle measure adopted.

‘The beneficial associations were consistently seen, even among overweight/obese women and among women with a greater genetic susceptibility to type 2 diabetes,’ researchers wrote in The BMJ.

Compared with the general population, women with a history of gestational diabetes face up to a 10-fold higher risk of progressing to type 2 diabetes, the study authors noted.

The research, which used 28 years of data from the Nurses Health II Study, highlighted the important public health opportunity for the prevention of type 2 diabetes in this high-risk population, they concluded.

In another study, published this week in The BMJ, researchers found gestational diabetes is linked to an increased risk of cardiovascular and cerebrovascular diseases.

It was not known exactly how gestational diabetes contributed to cardiovascular and cerebrovascular disease, but previous research suggested a brief period of exposure to potentially intense glucose intolerance would contribute to endothelial changes and subsequent endothelial dysfunction.

‘[This] would be further accelerated in the context of comorbidities such as obesity and dyslipidaemia, even without development of type 2 diabetes, and finally lead to clinically overt cardiovascular and cerebrovascular diseases,’ they wrote.