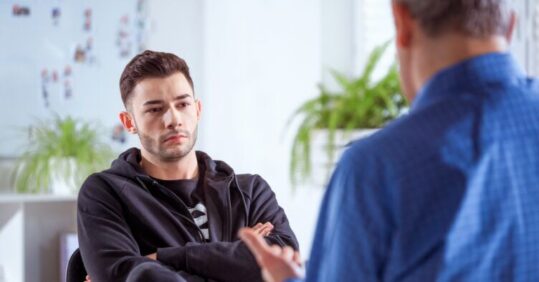 Depression among people with type 2 diabetes is on the rise, with those diagnosed with the condition at a young age particularly at risk, and meaning that screening for the condition among this group should be carried out more often, researchers have suggested.

The longitudinal study, based on electronic medical records from approximately 1.4 million people with type 2 diabetes in the UK and the USA, found the prevalence of depression increased in the UK from 29% in 2006 to 43% in 2017.

Writing in Diabetologia, the researchers said this significant increasing trend was similar across all age groups in both countries.

In the UK, 18-39-year-old men with type 2 diabetes had a 23-57% higher risk of depression compared with people aged 50 years or older with diabetes.

For women aged 18-39 years with type 2 diabetes, there was a 20-55% significantly higher risk of depression compared with older people, the researchers found.

The risk was similar irrespective of whether patients had other cardiometabolic conditions when they were diagnosed with type 2 diabetes.

‘The co-occurrence of depression and type 2 diabetes is associated with poorer adherence to medical treatment, lower quality of life and increased risk of developing long-term microvascular and macrovascular complications, as well as increased mortality risk,’ the study authors wrote.

Primary care should offer mental health assessments to these patients from the time people are diagnosed with type 2 diabetes, the study authors said.

‘It is recommended that clinicians screen regularly for depression in people with incident type 2 diabetes, particularly among those who are <50 years old, irrespective of their cardiometabolic comorbidity status,’ the researchers concluded.

‘Proactive management of comorbid depression in terms of timely screening, early diagnosis and pharmacotherapeutic treatment may lead to improved glycaemic and other risk factor control in people with diabetes, delayed onset of complications and lower healthcare-associated costs.’

Recent studies had suggested there was an increasing trend for young-onset type 2 diabetes in many countries, particularly in the USA and the UK, with the presentation seeming to be a more aggressive type of disease, leading to premature development of complications.

People with young-onset type 2 diabetes were more likely to develop mental illnesses and microvascular and macrovascular complications as they aged, with higher rates of hospitalisations, the authors noted.

Several factors in people with young-onset type 2 diabetes, including a higher burden of risk factors such as obesity, might partially explain the higher risk of developing depression, they wrote.

Last month, official NHS statistics on diabetes prescriptions revealed that 60.3m drug items used in treating diabetes were prescribed in England in 2021/22, costing £1.25bn and representing 13% of the total spend on prescription items in the country.