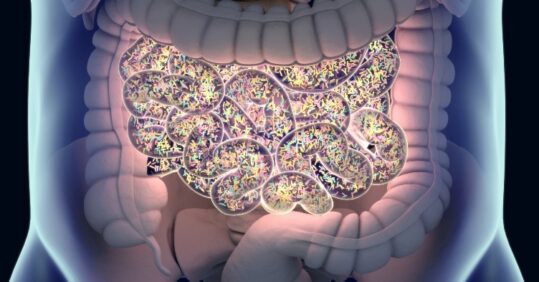 Gut bacteria may influence the outcome of prostate cancer medication, according to research.

Scientists from the Lawson Health Research Institute at Western University in Canada examined how the gut biome interacts with oral medication prescribed for prostate cancer.

The findings, published in Nature Communications, highlighted how the drug abiraterone acetate (AA), known by the brand name Zytiga, is metabolised by bacteria in the gut to reduce harmful organisms whilst also promoting those that fight cancer.

The research team believed this could be one of many examples of how our gut microbiome influences our response to medications.

AA is a hormone therapy for men with advanced prostate cancer and is offered to patients whose cancer has stopped responding to other hormonal treatments. Hormone therapies block the production of androgens, or male hormones, which cause the cancer to grow. Unlike other hormone treatments, AA is taken orally and blocks male hormones through a different mechanism.

The scientists examined stool samples of 68 patients from the London Health Sciences Centre in Ontario who were being treated with either AA or other androgen deprivation therapies.

‘When drugs are taken orally, they make their way through the intestinal tract where they come into contact with billions of microorganisms,’ said Dr Jeremy Burton, an associate professor from Lawson Institute and lead researcher on the study. ‘While it’s long been a mystery why abiraterone acetate is so effective, our team wondered if the gut microbiome plays a role.’

Patients taking AA were found to have a significant increase in a bacterium called akkermansia muciniphila present in their gut.

In other cancer studies, this bacterium often referred to as a ‘next-generation probiotic,’ has led to a better response to cancer immunotherapy drugs. It can also lead to increased production of vitamin K2, known for its anti-cancer properties which can inhibit the growth of a tumour.

According to Dr Burton, this could lead to a new frontier in personalised medicine. He added: ‘While more research is needed, we may one day be able to analyse a patient’s microbiome to determine the best course of treatment or even influence the microbiome to improve outcomes.’