Infections in pregnancy can be transmitted to the newborn. Early detection can reduce and prevent transmission. Some infections will not have signs and symptoms but they can still cause physical and neurological problems to the newborn.

Hepatitis B, HIV and syphilis screening are part of routine antenatal screening in pregnancy in the UK. Treatment is available to prevent and reduce the risk of mother-to-child transmission.

Group B streptococcus (GBS) screening in pregnancy is not currently recommended as part of the UK National Screening Committee (NSM). Early onset GBS infection rate is increasing in the UK, and late onset infections are rising even faster. Maternal GBS bacteraemia is an indicator for intrapartum antimicrobial prophylaxis (IAP).

All pregnant women are offered screening for hepatitis B as part of routine antenatal care.

The hepatitis B virus is an infectious inflammatory illness of the liver. Hepatitis B is very infectious and is present in all body fluids such as vaginal secretions, semen, blood and saliva.

The virus can be transmitted through unprotected sex, direct contact with infected blood, perinatal transmission from mother to baby and sharing infected needles.

An acute hepatitis B (newly acquired infection) may last up to six months with or without symptoms. Symptoms, if they exist, may include loss of appetite, joint and muscle pain, low-grade fever and stomach pain. Most people do not experience initial symptoms but develop them one to four months after exposure.

In people who acquire infection during adulthood, around 90% will clear the infection spontaneously after several weeks, will no longer be infectious to others and are immune to re-infection. Acute infection may occasionally lead to fulminant hepatic necrosis, which is often fatal.1,2

Once the infection becomes chronic it is unlikely to rectify and the affected person then becomes a lifelong carrier. Around 20-25% of individuals with chronic hepatitis B virus infection develop liver disease, leading to cirrhosis. This will increase the risk of developing hepatocellular carcinoma.2

Post-exposure immunisation is provided to infants born to hepatitis B-infected mothers. Babies who are at risk should be given the hepatitis B vaccine and immunoglobulin if required at birth.2 The first dose is given within 24 hours of birth, followed by a dose four and eight weeks later and a further dose at one year of age.

HIV is a retrovirus which, left untreated, leads to immunosuppression and eventually to AIDS. There is no cure for HIV as yet.

HIV is present in all body fluids such as breast milk, vaginal secretions, semen and blood. HIV can be transmitted through unprotected sexual intercourse, direct contact with blood of an infected person, mother-to-child infection during pregnancy, at birth or when breastfeeding, and when sharing infected needles.

People with HIV may have a short illness soon after getting the virus, but can then feel well for a long time. Most people will only notice further symptoms of HIV after a few years. The most common symptoms of seroconversion (the period when HIV antibodies develop and become detectable) are:

HIV attacks the T-helper cells (CD4 cells), the white cells that play an essential part the human immune system.1 When HIV  enters the body it replicates inside the CD4 cells to produce HIV virons.

Syphilis infection progresses in stages according to the duration of infection. Without treatment syphilis can progress through four stages:

Syphilis screening is a part of routine antenatal screening and pregnant women are recommended to take the test.1

In pregnancy syphilis may be transmitted transplacentally at any stage and may result in miscarriage, pre-term labour, stillbirth and congenital syphilis. The risk of transmission in primary syphilis ranges from 70-100%, in early latent syphilis it is 40% and in late latent syphilis the risk is 10%.1

Approximately two-thirds of babies with congenital syphilis will be asymptomatic at delivery but most will develop symptoms by five weeks. Untreated congenital syphilis can result in physical and neurological impairments affecting the infant’s teeth, vision, hearing and bones.

Pregnant women who test positive will require a complete sexual health assessment and examination by the genitourinary medicine team. This will enable the health professionals to determine the stage of the infection and identify any health problems.

Expectant mothers with acute infection or inadequately treated previous infection will need treatment. A single dose of benzathine penicillin is effective in most cases.1

GBS is a bacterium carried harmlessly in the vagina. It is also found in the genital and gastrointestinal tracts of both men and women. GBS carried in this way can be difficult to detect, does not cause any symptoms and is considered normal.5

The Royal College of Obstetricians and Gynaecologists (RCOG) Green Top Guideline 36, established in 2003, provides advice to obstetricians, midwives and neonatologists on the prevention of EOGBS disease.

The guideline recommends a risk-based prevention approach for offering IAP. However, even with this, EOGBS infections continue to rise and there is no preventive management for LOGBS.6

GBS screening in pregnancy is not currently recommended as part of the UK National Screening Committee. However, the National Institute for Health Research Health Technology Assessment Programme is currently inviting applicants from NHS settings to take part in a research proposal to look at the clinical and cost effectiveness of screening for GBS in pregnancy.7

In September, the Royal College of Obstetricians and Gynaecologists (RCOG) released a new guideline, stating that all women who go into labour before 37 weeks should be offered antibiotics to protect their baby against GBS.8 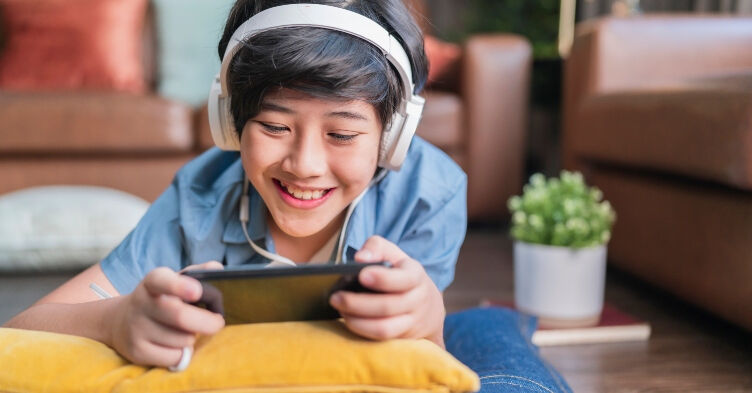 Infections in pregnancy can be transmitted to the newborn. Some will not have signs and symptoms but they can still create physical and neurological problems for the baby.