More gay and bisexual men can give blood after rule change 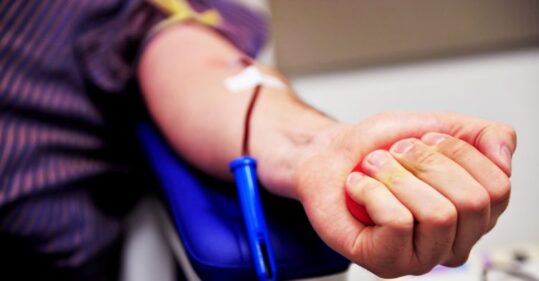 Men who have sex with men in a long-term relationship will be able to donate blood in England following a ‘landmark’ rule change.

The policy, announced by health secretary Matt Hancock on Monday, will come into force next summer and lifts the blanket ban on giving blood for men who have had sex with men in the last three months.

It instead identifies a wider range of ‘highest risk behaviours’ that can apply to all donors. These include recently being treated for syphilis and engaging in chem sex, where drugs are taken before or during sex to enhance the experience.

This will mean anyone who has the same sexual partner for more than three months will be eligible to donate if there is no known exposure to an STI or use of anti-HIV drugs PreP or PEP.

Medical director at sexual health charity Terrence Higgins Trust Dr Michael Brady said the policy ‘both maximises the number of people who can donate while ensuring the blood supply is safe’.

The new policy is based on findings from the For Assessment of Individualised Risk (FAIR) steering group, a collaboration of UK blood services and LGBT charities asked by the government to take on the research two years ago.

FAIR found the new deferral system will maintain the safe supply of blood in the UK, where there’s less than one in a million chance of not detecting a hepatitis B, C and HIV infection in a donation.

However, Dr Brady added that ‘there is more work to be done to ensure that our blood donation service is inclusive and evidence-based’.

He said: ‘We now need to look at the restrictions in place for other groups, including former injecting drug users, to see if we can safely make the blood donation eligibility even more inclusive.’

Mr Hancock said: ‘This landmark change to blood donation is safe and it will allow many more people, who have previously been excluded by donor selection criteria, to take the opportunity to help save lives.

‘This is a positive step and recognises individuals for the actions they take, rather than their sexual preference,’ he added.