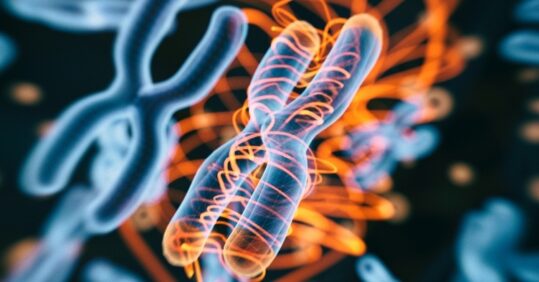 A newly discovered disease called VEXAS syndrome is much more common than first thought, according to researchers at the University of Leeds.

The disorder, which was first discovered in 2020, causes a severe inflammatory condition in men over 50 and can be fatal.

The new study, which was recently published in the journal Blood, identified new genetic mutations that showed additional ways in which the disease can develop, suggesting VEXAS syndrome may be a lot more prevalent than previously thought. The researchers developed a genetic test to identify patients who may have the disease and hope to screen more people showing symptoms to understand exactly how common it is.

VEXAS syndrome develops due to a genetic mutation on the X chromosome that appears over a person’s lifetime. The disease leads to severe tiredness, unexplained fevers and painful skin rashes. It also affects the bone marrow resulting in a reduced number of red and white blood cells making the patient extremely sick.

Dr Sinisa Savic, from the School of Medicine at the University of Leeds said: ‘I have been looking after a number of patients with what we now know is VEXAS syndrome for several years. Their care has been complicated by the fact that we did not have a diagnosis which made choosing their treatment and advising them about the prognosis very difficult.’

During the study, the researchers screened a cohort of 18 patients with VEXAS symptoms. They found genetic mutations in ten of them, eight of which had the known genetic variant previously associated with the disease. Two patients, however, had completely different variants.

Dr James Poulter, academic fellow at the University of Leeds, said: ‘We want to screen more people with these symptoms to really understand how common VEXAS is and to better understand the disorder.’

He added: ‘Most patients have had lots of tests, tried lots of treatments and have not been able to get an answer to what they have. Now, by sequencing their DNA for mutations in the VEXAS gene, we can identify those patients who do have VEXAS and get them on the best treatment that is available. This could be a bone marrow transplant or switching to a different drug.’

The researchers hope to expand their work to discover further genetic causes of VEXAS-like conditions for which there is currently no known cause.