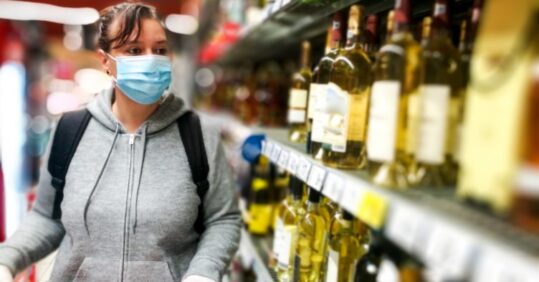 Addiction services in England are not equipped to treat the 8.5m people who are drinking at high risk during lockdown, the Royal College of Psychiatrists has warned.

Its analysis also found that the number of people addicted to opiates seeking help in April reached a five-year high.

The RCP, which credited years of cuts as why services are struggling to cope with the post-pandemic ‘surge’ in demand, is now calling for a funding package worth millions in the Government’s upcoming spending review.

Based on new data from Public Health England (PHE) on the indirect effects of the virus, the RCP concluded that over 8.4m people are now drinking at higher risk since lockdown. This is almost double the figure from February, which stood at 4.8m.

This is paired with National Drug Treatment Monitoring System statistics that show 3,459 new cases of adults addicted to opiates and seeking help from addiction services in April. But in the same month last year, there were just 2,947 – an increase of 20%.

There have been a number of cuts to addiction services since 2013/14, which the RCP feels could result in these individuals missing out on lifesaving treatment.

Its psychiatrists are hoping that the Government’s Comprehensive Spending Review, due imminently, will go as far as to ‘reverse the cuts’ and allow local authorities to work towards investing £374m into adult services, in order for them to cope with increased demand.

Dr Cooper, a GP partner in Hampshire, said: ‘Drug and alcohol services are an integral part of our health system. If neglected, this risks adding further pressure on both our primary and secondary care teams who experience the result of addiction and alcoholism first hand during their working day.

‘GPs are often the first port of call for those with addiction issues, and we need more than ever responsive and well-equipped services to deal with these. It will be no surprise to GPs that addiction and mental health issues are on the rise – the mental health burden due to Covid is beginning to present itself to primary care, and our teams are working hard to support these vulnerable patients.’

It follows stark warnings that GPs should expect to ‘imminently’ handle a surge in mental health problems as a result of Covid. An analysis last year had found that a one-to-one GP pain service helped patients to cut their use of opioids, while NHS England has just unveiled a support package totalling £10m, with a target on reducing suicide rates and training those in the community, such as barbers, in mental health first aid.

RCP president Dr Adrian James stressed that lives have been ‘needlessly lost’ to addiction and drinking during lockdown, with more set to follow unless the Government ‘acts now’. He added: ‘I urge the Government to implement the recommendations in our report which would see mental health services expand to be the biggest in Europe, with a much-needed focus on tackling inequalities’.

This week also saw the RCP publish its Next Steps for Funding Mental Health Care in England: Prevention report, which promotes the need for an additional £43m for children’s drug and alcohol services, and £30m to go to new buildings and on updating existing ones.

In 2018, the source of the most recent data, there was a total of 4,359 drug-related deaths in England and Wales, as well as 1.26m alcohol-related hospital admissions in the 2018/19 period – each of which were the highest on record.

PHE defines ‘higher risk’ drinking as those in people scoring eight or more on the AUDIT clinical questionnaire, which assesses the amount of alcohol consumed, frequency, and levels of harm and dependence.

It has also found that 1.2bn litres of alcohol have been bought in Britain since the start of lockdown – equating to 480 Olympic-sized swimming pools.