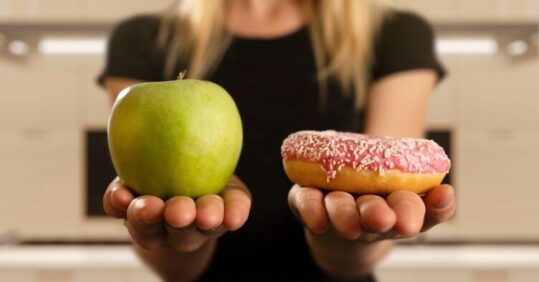 A mother’s diet from as early as the fifth month of pregnancy can affect childhood weight and body fat at two years of age, research has shown.

A study led by the University of Oxford has provided new insights into the biological origins of childhood obesity, with evidence that foetal growth patterns and later childhood weight are linked to maternal nutrition in early pregnancy.

Researchers followed 3,500 mothers and their babies across six different countries. The findings, published in The Lancet Diabetes & Endocrinology,  could lead to earlier identification of infants at risk of overweight and obesity – one of the most pressing global public health issues for governments worldwide.

The mothers and babies, from the United Kingdom, Brazil, Kenya, Pakistan, South Africa and Thailand, were tracked from early pregnancy to early childhood.

Growth inside the womb was monitored using ultrasound scans every five weeks, and blood samples were taken from the mother during pregnancy and from the umbilical cord at birth. The growth and development of the children were monitored until they were two years of age.

Professor José Villar, from the University of Oxford, who co-led the study, said: ‘This is the first comprehensive evidence, across geographic populations, of the complex interaction between maternal and foetal metabolism that regulates, early in pregnancy, unique foetal trajectories linked specifically to weight, adiposity and development during childhood.’

According to the researchers, the findings show a complex interaction between maternal and foetal nutrition early in pregnancy that influences postnatal weight and, eventually, adult health. The observed foetal growth patterns were associated with blood flow and nutrient transfer by the placenta. Both the growth of the foetal abdomen and the mother’s blood lipid metabolites early in pregnancy were found to influence the child’s weight and body fat at two years of age.

Professor Aris Papageorghiou, from the University of Oxford, who co-led the study, said: ‘Much has been said about the importance of the first 1,000 days of life in determining future health outcomes. This study provides evidence of distinct patterns of foetal abdominal growth and placental transfer and how they relate to longer-term health.’

The researchers hope the findings will contribute to the earlier identification of infants at risk of obesity and urge policymakers to consider the biological origins of childhood weight issues to prevent the oncoming epidemic of obesity.

It comes after research in July found over a quarter of children are dieting, including children of a healthy weight, amid a ‘steady rise’ in the number of children with overweight and obesity in England.