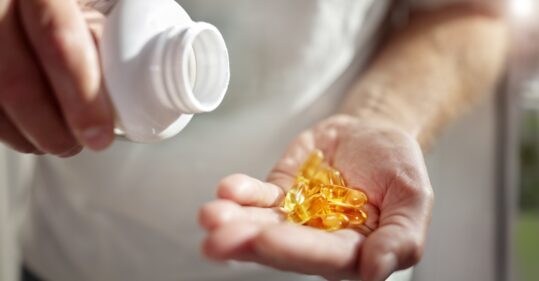 The Department of Health and Social Care (DHSC) is consulting on how to reduce vitamin D deficiencies, including potentially fortifying certain foods and drinks.

The review, which will close on 15 May, will look into the potential of dietary supplements and fortified food and drinks by gathering views from the public, public health experts, retailers, food manufacturers and other industry bodies.

Evidence suggests around one in six adults and almost 20% of children in the UK have lower levels of vitamin D than the Government’s current recommendations, the DHSC said.

The review comes ahead of a DHSC commissioned health disparities white paper, due to be published later this year, which aims to set out action to reduce health inequalities in different communities and regions.

Health and social care secretary Sajid Javid said he had launched the call for evidence to help ‘identify innovative ways we can encourage people to increase their vitamin D intake and help people live longer, healthier and happier lives’.

He added: ‘We must break the link between background and prospects for a healthy life, and I am determined to level up the health of the nation and tackle disparities.’

‘People from Black and Asian communities, older people and people who have limited access to the outdoors are more likely to have lower levels of vitamin D, which is essential for bone and muscle health and improving years of life lived in good health.’

Current government advice suggests all adults and children take a 10 microgram supplement of vitamin D every day between October to March.

Throughout the pandemic, mixed evidence emerged on whether vitamin D could play a role in combating Covid.

However, a rapid clinical review by NICE in 2020 concluded there was not enough evidence to support taking vitamin D solely to treat or prevent Covid-19.

In the same year, the Government offered millions of vulnerable people in England free supplies of vitamin D for the winter.

The DHSC said this was because they are at higher risk of suffering from a vitamin D deficiency, due to spending more time indoors this year as a precaution against Covid-19.

A version of this article was originally published on Nursing in Practice‘s sister publication The Pharmacist.