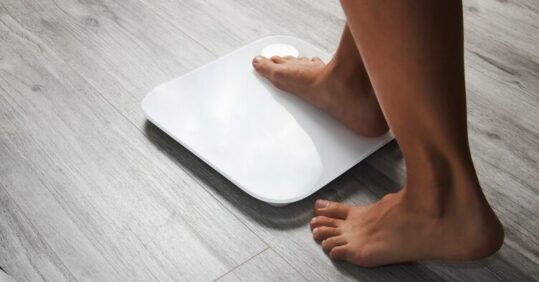 MPs and campaigners have come together to launch the UK’s first eating disorder manifesto and toolkit for school nurses at an event in the House of Commons on Monday night.

The toolkit, created by the School and Public Health Nurses Association (SAPHNA), contains useful tips and guides for school nurses on topics from recognising eating disorders to suggested conversation starters and what not to say to a child with an eating disorder.

Currently, it is estimated that around 16% of UK the population are affected by eating disorders, with the most common onset between the ages of 16 and 24 in both women and men, according to NHS Digital survey data.

Eating disorders are treatable conditions, and 50% of patients will recover completely with the appropriate care and attention. However, anorexia still has the highest mortality rate of any mental disorder, according to Hearts Minds Genes, an eating disorder research and advocacy group.

In addition to the toolkit, the manifesto calls for adequate funding to meet the demand, support for the rollout of a school nurses’ toolkit and a strategy to tackle the huge rise of people affected by eating disorders, with research published by The Lancet in January 2022 finding that the overall incidence of eating disorders increased 15% in a single year from 2020.

SAPNHA has previously warned that since the onset of the Covid-19 pandemic, isolation and limited access to services has also led to an increase in the number and severity of eating disorder cases in the UK and worldwide.

Hope Virgo, an eating disorder campaigner and anorexia survivor, worked alongside SAPHNHA on the creation of the manifesto.

Ms Virgo said: ‘We have waited for decades for eating disorders to be taken seriously and what we have been left with is people unable to access treatment, and people dying of a treatable illness.

‘We need the Government to step up and tackle this epidemic as a matter of urgency because no one should be dying of an eating disorder. The manifesto and school nurse’s toolkit is the next step in ensuring the government steps up because enough is enough.’

The manifesto also received the support of MPs including John McDonnell, Labour MP and former shadow chancellor, who said: ‘Over the last few years, we have seen huge increases in the number of people affected by eating disorders.

‘With the tragic levels of human suffering caused by eating disorders, and the huge economic cost, there is a clear need for a comprehensive and urgent programme of action from the Government.’

Sharon White, SAPHNA CEO, said: ‘We are beyond delighted to be working alongside Hope as well as our expert reference group that includes courageous young people and parents, to develop a much-needed toolkit for school nurses.

‘Our early help can and does make a significant difference to the impact this awful illness has, therefore, we are determined to co-produce a resource to help us deliver excellence in our care’.

The toolkit is accessible for free on SAPHNA’s website.