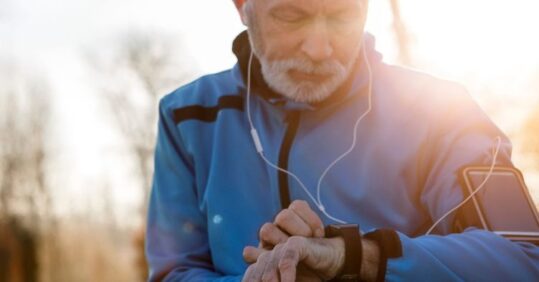 The effect size of 14 minutes of additional moderate to vigorous physical activity (MVPA) in the intervention groups compared with controls might seem modest, the study authors noted, but given MVPA had an inverse dose-response relationship with all-cause mortality, even small increases in activity were clinically important.

Increasing population physical activity levels was a public health priority and the World Health Assembly aimed to reduce physical inactivity by 15% by 2030, the study authors said.

Interventions with at least five contacts with an interventionist had a larger effect on self-reported minutes of MVPA than those with fewer contacts, they added.

Analysing the 18 trials that reported on weight, the review found those in the intervention groups weighed 1kg less than control groups at follow-up.

‘While a difference of 1kg might appear small, this finding should be considered in the context that adults typically gain around 0.5-1kg/year, which can contribute to the development of obesity,’ the researchers wrote.

Many patients who presented to primary health care professionals might not have the means or motivation to achieve MVPA and might be afraid to exert themselves because of concerns about adverse outcomes, the authors observed.

‘The Global Action Plan for Physical Activity highlights the need to strengthen training of health professionals so that competent assessments and provision of physical activity advice can be given in routine practice,’ they said.

‘This review has highlighted the critical role that health professionals in primary care can have in supporting the public to increase their physical activity. Future research is now needed to establish the optimum number and length of contacts required to successfully initiate, and then maintain, patients’ participation in physical activity.’