Research shows patterns of calorie-burning over a lifetime 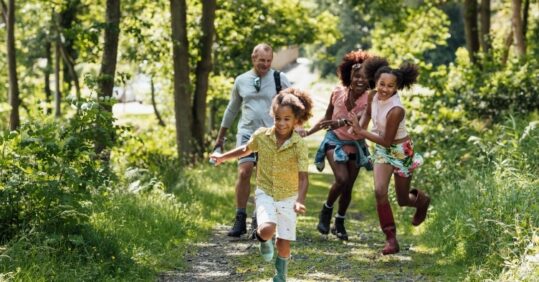 Researchers have shed fresh light on the periods in a person’s life when they burn the most calories – and it appears they are different to what was previously thought.

The findings show that infants burn calories at a higher rate than adults, and by their first birthday, a child will burn calories 50% faster than an adult relative to their body size.

Researchers from the University of Aberdeen measured metabolic high’s and low’s from birth to old age.

Energy expenditures were found to be most stable during a person’s middle decades of 20s, 30s, 40s and 50s, suggesting midlife weight gain is down to other factors, rather than a slowing metabolic rate.

In addition, the researchers found that metabolic rates don’t start to decline again until after aged 60, much later than expected, with a gradual slow down of only 0.7% per year. By the age of 90, a person needs 26% fewer calories than someone in midlife.

The study published this month in the journal Science analysed the average calories burned by more than 6,600 people ranging from one week old to age 95 as they went about their daily lives in 29 countries worldwide.

The University of Aberdeen researchers were part of an international team using a ‘gold standard’ test to measure calorie expenditure. The test allowed the researchers to measure calorie expenditure throughout the day by using specially designed urine tests. The study participants were asked to drink water containing chemical markers so it was possible to determine how quickly the molecules were flushed out of the body. The results were pooled into a single database as part of an international collaborative study of metabolic rates.

Until this study, it was widely believed that the teenage years and twenties are when calorie burning is high, and the metabolic rate hits its peak.

Professor John Speakman, one of the lead authors of the study from the University of Aberdeen, said: ‘Even when you take into account an infant’s body weight and composition, their expenditures are much higher than predicted. This is probably in part because they also transition from being mostly sedentary during the first weeks of life to being really active a year or so later.’

After this initial surge in infancy, the researchers showed that metabolism slows by about 3% each year until we reach our 20s when it levels off into a new normal.

Professor Pontzer, co-lead author from Duke University, added:  ‘We really thought puberty would be different, and it’s not. Midlife was another surprise. Perhaps you’ve been told that it’s all ‘downhill after 30’ when it comes to your weight. But while several factors could explain the thickening waistlines that often emerge during our prime working years, the findings suggest that a changing metabolism isn’t one of them.’

Professor Pontzer added: ‘For a long time, what drives shifts in energy expenditure has been difficult to parse because ageing goes hand in hand with so many other changes, but the research lends support to the idea that it’s more than age-related changes in lifestyle or body composition.’