Care home nurse struck off after ‘dragging’ resident across room 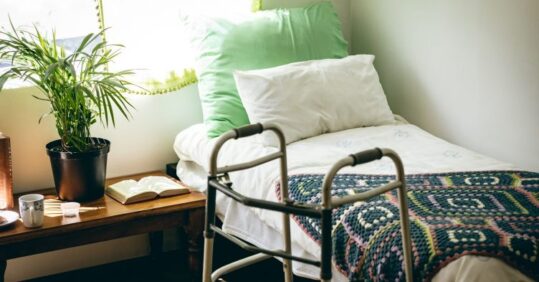 A care home nurse has been struck off the NMC register after being filmed ‘dragging’ an 85-year-old woman with dementia across the room.

At a hearing on 26 January, the NMC panel found that Mamello Herring, a mental health nurse working at Claremont House in West Yorkshire, had caused ‘direct distress and unwarranted harm’ to the resident leading to a ‘gross failure’ and breach of the standards of the profession.

The panel saw footage filmed on the night of the 30 November 2018 showed Ms Herring and a care assistant dragging the 85-year-old from the toilet and lifting her by her arms onto a bed, after the patient’s concerned family installed a secret camera at the care home.

This comes after Ms Herring was previously sentenced to an 18-month community order, unpaid work of 250 hours and a victim surcharge of £85 at Bradford Crown Court on 22 January 2021.

The NMC struck her off and gave her an 18-month interim suspension order, noting ‘serious and fundamental concerns’ about her ‘attitude and professionalism’, at the hearing last month.

It concluded: ‘The findings in this particular case are such that to allow Ms Herring to return to practise would undermine public confidence in the profession and in the NMC as a regulatory body. The position of the NMC is that nothing short of a striking off order would be sufficient or proportionate in this case.’

Ms Herring has 28 days to appeal the decision.

In a written statement to the FtP panel, she said she was ‘under stress and tired due to not sleeping well’ and was taking medication for flu symptoms, which ‘might have affected my decision making’. The shift was also busy with ‘lots of demands being places on me and the staff,’ she said.

But the NMC countered: ‘These factors alone cannot be used to justify the actions, which were a gross breach of the standards expected of a registered nurse and also show a lack of accountability for her actions.’