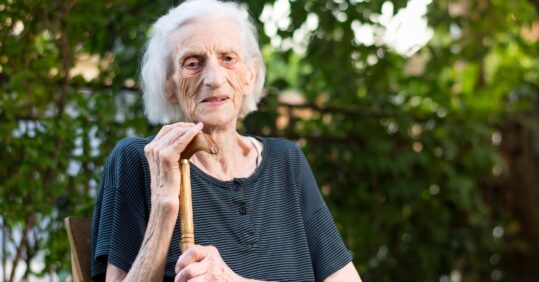 In recent years the public health agenda has focussed on the obesity crisis. Yet malnutrition, which affects some of the most vulnerable people in our society, is often overlooked, writes Ayela Spiro, nutrition science manager at the British Nutrition Foundation.

What do we mean by malnutrition?

Malnutrition has been defined as: a state of nutrition in which a deficiency, excess or imbalance of energy, protein and other nutrients causes measurable adverse effects on tissue/body form and function, and clinical outcome (Elia, 2003). It can therefore refer to obesity but is used in this article in its commonly recognised term of undernutrition.

It estimated that more than 3 million people in the UK (with around 1 in 10 over the age of 65 years) are either malnourished or at risk of malnutrition (Wilson 2013) , because they do not eat enough for their needs. The number of older people over 75, at highest risk of malnutrition, is projected to almost double in the next 25 years (Rutherford 2012). Older people living in a care home or nursing home or have been admitted to hospital are particularly at risk.

Malnutrition can be difficult to recognise, particularly in patients who are overweight or obese. Signs or symptoms can include loss of appetite, weight loss, loose clothing, jewellery or dentures, reduced physical performance and altered mood. Malnutrition can be identified using a validated screening tool such as the ‘Malnutrition Universal Screening Tool’ (MUST). Recognition of malnutrition amongst health professionals has increased somewhat with NICE guidelines on screening ( see Box 1) and nutrition support (NICE 2006).

• Screening for malnutrition and the risk of malnutrition should be carried out by healthcare professionals with appropriate skills and training.

• All hospital inpatients on admission and all outpatients at their first clinic appointment should be screened. Screening should be repeated weekly for inpatients and when there is clinical concern for outpatients.

• People in care homes should be screened on admission and when there is clinical concern.

• Screening should take place on initial registration at general practice surgeries and when there is clinical concern. Screening should also be considered at other opportunities (for example, health checks, flu injections).

• Screening should assess body mass index (BMI) and percentage unintentional weight loss and should also consider the time over which nutrient intake has been unintentionally reduced and/or the likelihood of future impaired nutrient intake. The Malnutrition Universal Screening Tool (MUST), for example, may be used to do this.

Attention was also focussed on malnutrition further to the Francis Report into the Mid Staffordshire NHS Foundation Trust, that revealed patients had not been able to drink or eat properly. However too many of us including health and social care professionals, still fail to realise how common malnutrition is or how serious the consequences can be, and it remains under recognised and undertreated (Wilson, 2013).  Yet identifying malnutrition (with screening) and effectively managing this condition can improve lives.

A common feature in palliative care is reduced oral intake, and patients may require additional support to ensure they receive adequate nutrition and hydration. As disease progresses, deterioration in symptoms particularly those involving fatigue, muscular weakness and dysphagia can make eating more difficult.

However, it is also important to recognise that psychosocial issues can have significant effects on dietary intake include poverty, isolation and loneliness, confusion, depression and bereavement (Hickson, 2006).

Nutritional care must ensure that people who are malnourished or at risk of malnutrition are promptly identified through screening, that action is taken to ensure that they receive appropriate and timely nutritional support, and that nutrition care is regularly monitored (NICE, 2006), see box 2. Screening on its own should not be seen as successful nutrition care in practice. Good nutrition ensures that as well as identification of risk, people have access to and/or are supported to consume food that not only meets nutritional, but also cultural and religious needs and preferences (Elia & Wheatley 2014).

Raising awareness to support prevention and early treatment of malnutrition.

Working together within a care home, with GPs, other health professionals, catering staff and relatives.

Food should be first-line treatment for those at low to medium risk of malnutrition (Pryke & Lopez, 2013). Nutrition support to improve nutritional intake is defined as ‘the modification of food and fluid by fortifying food with protein, carbohydrate and/or fat plus minerals and vitamins; the provision of snacks and/or oral nutrition supplements as extra nutrition to regular meals, changing meal patterns or the provision of dietary advice to patients on how to increase overall nutrition intake by the above.’(NICE, 2006). When patients are unable to consume sufficient nutrition via the oral route, tube feeding may be required. In cases of severe gut dysfunction, intravenous (parenteral) nutrition will be needed.

Oral nutrition supplements (ONS, sometimes referred to as sip feeds) are only one of a spectrum of nutritional support strategies that can be used to tackle malnutrition, although lack of knowledge, historical use and inconsistent messages may promote healthcare staff to regard ONS as the panacea for malnutrition. However, ONS should be largely used after first line dietary measures have been unsuccessful in achieving goals of treatment and should be prescribed appropriately in line with relevant prescription guidelines. ONS have been shown to have clinical benefit, but they may represent a significant waste of resources if they are inappropriately prescribed or poorly monitored (Dominguez Castro et al. 2020). For detailed specialist support consider referral or seeking advice from healthcare professionals such as a dietitian.

More information in this area can be found in Managing Malnutrition with Oral Nutritional Supplements (ONS) – advice for healthcare professionals.

What can help – some practical dietary tips:

Elia M, (Ed). Screening for malnutrition: a multidisciplinary responsibility. Development and use of the ‘Malnutrition Universal Screening Tool’ (‘MUST’) for adults. MAG, a Standing Committee of BAPEN. Redditch: BAPEN, 2003.

Elia M, Wheatley C. Nutritional Care and the Patient Voice. Are we being listened to? BAPEN; 2014

Wilson L (2013) A review and summary of the impact of malnutrition in older people and the reported costs and benefits of interventions. ILC-UK and Malnutrition Task Force, London

Malnutrition can be difficult to recognise, particularly in patients who are overweight or obese.