Practices inundated with calls after Covid vaccinations extended to over 70s 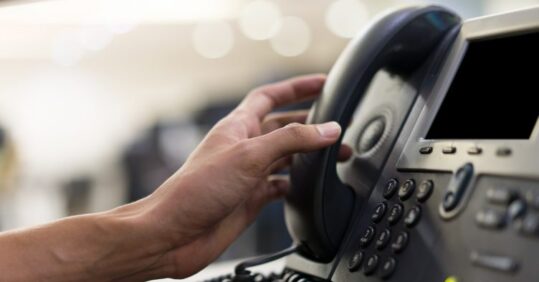 GP practices’ phone lines became ‘jammed’ with patient enquiries after the Government publicly announced it was expanding the cohorts for Covid vaccinations to the over 70s, practice managers have said.

This comes as the Department of Health and Social Care (DHSC) announced on Sunday evening (17 January) – that sites with ‘enough supply and capacity’ were allowed to offer vaccinations to the next two cohorts, which are the over 70s and the clinically extremely vulnerable.

The Institute of General Practice Management (IGPM) has since written to Sir Simon Stevens, NHS chief executive, to express ‘disappointment’ that the media appeared to have been informed of ‘key changes to operational delivery before those who are working on the ground to implement the service’.

The letter, sent on 18 January, said: ‘This morning, in practices across the UK, telephones lines are now jammed with patients in the extended cohorts asking us how and when they can book their vaccinations.

‘This is stopping those in need of our care getting through and leaving our administrative teams answering questions that we could have been better prepared for.’

The IGPM added that ‘being the last to know’ has had a detrimental impact on staff and is ‘potentially damaging the relationship between practices and patients’, as they may not be able to get the appointment they have been notified about.

The letter said: ‘We are not asking for your strategy to change; we are 100% behind the vaccination programme in general practice. We are asking you to communicate with us at the earliest opportunity.’

Dr Allen, GP partner in London, tweeted that his practice’s phone lines were ‘clogged all day’ on Monday because of the cohort expansion being made public.

GP practices also asked patients in the over 70s and clinically extremely vulnerable cohorts not to call the practice, and that they would instead be contacted.

In November, practice managers told Nursing in Practice‘s sister title Management in Practice of a ‘huge surge’ in calls from patients after the Government publicly announced that 50 to 64-year-olds were to be eligible for the flu vaccination.

The IGPM also said in the letter that GP practices across the country, many of which are still completing vaccinations for the first two cohorts, are ‘crying out for more stock’ but ‘this is not filtering through’.

‘If we had the supply, we could then continue to do what we do best: set up clinics, staff them, invite patients and vaccinate them – all in their local community from a provider that they know and trust,’ it added.

The IGPM said it has yet to receive a response to its letter.

A spokesperson for NHS England told Management in Practice: ‘NHS staff are working hard to vaccinate as many people as possible, and the Government has always made clear that between now and mid-February, people in the four highest priority groups, as decided by the JCVI, are being prioritised for vaccination.’