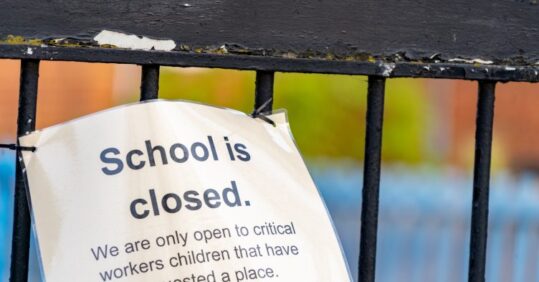 The Government today confirmed an extra £79m for child and young people’s mental health in England, but charities have called for more support.

It said the cash – which will be taken from the £500m mental health funding already announced as part November’s spending review – will increase the number of school mental health support teams from 59 to 400 by April 2023.

Nearly three million more children will have access to these support teams in schools and colleges, which can provide text services and training sessions for parents and teachers, it added.

She continued: ‘With Child and Adolescent Mental Health Services referrals doubling and children going back to school in a matter of days, these resources were needed much sooner.’

The Child and Young People’s Mental Health Coalition also questioned whether the £79m is ‘ambitious enough to create the change that is needed’.

The statement continued: ‘We need this support to be expanded to all schools as a matter of urgency so that no one is left behind without the care they need.’

Paul Farmer, chief executive of mental health charity Mind, said the funding ‘cannot come soon enough’ but added that ‘there is still a lot more work to be done to ensure that every young person get the support they need for their mental health’.

The announcement accelerates the Government’s promise to see an additional 345,000 more children and young people access mental health services by 2024 and roll out mental health support teams to schools in 20% to 25% of areas.

However, in January, the children’s commissioner for England’s annual report called on the Government to commit to implementing a mental health support team to schools in every region in England.

The announcement also comes after NHS England data showed that one in six children showed serious or very likely mental health problems in July 2020 – up from one in nine in 2017.

Health and social care secretary Matt Hancock said: ‘Children and young people have been particularly impacted by disruption to their routine, education and social lives and I am committed to doing all I can to ensure mental health support is there for those who need it.’

Minister for mental health and suicide prevention Nadine Dorries said: ‘This additional funding will mean children who need to, can access services in the community as well as providing early intervention in schools.’

In October last year, a report found the first UK lockdown had a ‘major’ impact on the mental health of women, young people and people from socially disadvantaged backgrounds.