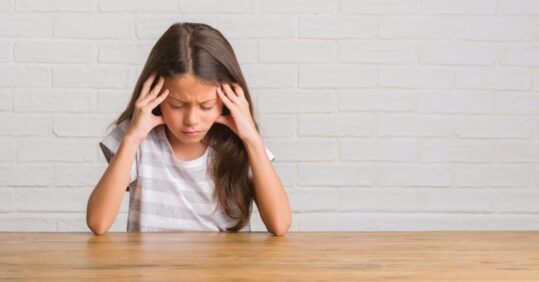 Children with headaches whose migraines get better while taking preventive medication can stop the pills and expect to maintain the improvements, a study has shown.

Researchers followed-up 205 young people who had participated in the 24-week Childhood and Adolescent Migraine Prevention (CHAMP) study and found that whatever treatment they had received in the trial (amitriptyline, topiramate or placebo), they maintained meaningful reductions in headache days and migraine-related disability over the next three years.

’For clinicians, the implication of this unique trial follow-up survey study is that once an individual’s headache frequency and disability has improved, this change may be continued and sustained without future pharmacological treatment or health care utilization. These results suggest that we should expect youth to improve, and that they continue to do well up to three years after pharmaceutical intervention.’

The follow-up study participants had a mean age of 14.2 years, 68% were girls and on average they had experienced headaches for 5.7 years prior to the initial CHAMP trial.

Three years after the CHAMP trial, the follow-up participants reported approximately one and a half headache days per week compared with three per week at the start of the CHAMP trial.

Migraine-related disability had reduced from the moderate range to the low mild range on the PedMIDAS questionnaire.

Researchers said further investigations were now needed to assess why there were no statistically significant differences in outcomes between the active treatment arms and the placebo arm.

‘Given this, meaningful clinical improvement does not appear to be associated with the pharmacological action of preventive medication but rather by other mechanisms,’ they wrote.

‘Research is needed to examine mechanisms of treatment improvement and maintenance for preventive therapies, as well as placebo, in the paediatric population.’

An accompanying editorial said the study served as a welcome reminder that professionals should continually look to discontinue medication when it is no longer needed, ‘and that when this is accomplished, there is the potential for sustained relief’.

A version of this story was originally published by Nursing in Practice sister publication The Pharmacist.