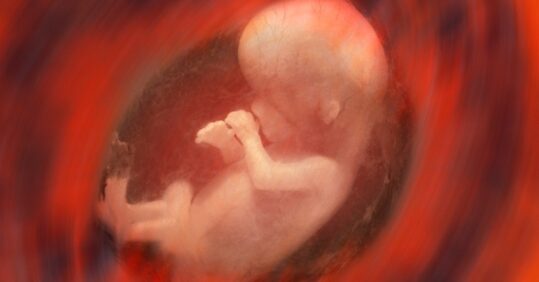 Mothers who experience anxiety during pregnancy do not pass similar emotional problems on to their children, according to a study.

It is common for anxiety to run in families. Children with anxious parents are more likely to develop anxiety issues themselves, the study from King’s College London’s Institute of Psychiatry, Psychology, & Neuroscience (IoPPN) highlighted.

But it is exposure to an anxious parent that might have an impact on a child, even after accounting for the role of genetics, the researchers concluded.

Dr Yasmin Ahmadzadeh, lead author from King’s IoPPN, said: ‘Our findings will be reassuring for pregnant mothers who are worried that anxiety caused by the Covid-19 pandemic could be transferred on to their children.’

The study was published in the Journal of the American Academy of Child and Adolescent Psychiatry and compared previous studies to determine whether parents directly influence the development of anxiety through the environment in which they bring up their children, or whether anxious parents pass on a genetic predisposition for emotional issues.

The researchers undertook a review of existing research undertaken by King’s College London, as well as examining eight existing studies from Europe and the US published between 2010 and 2019. The studies looked at the association between parental anxiety during pregnancy and emotional problems in their children between 0.5 and 10 years old.

Studies of prenatal and postnatal anxiety exposure were meta-analysed separately. Data were drawn from four population cohorts, each unique to a quasi-experimental design: adoption, sibling-comparison, children-of-twins or in vitro fertilization. Cohorts were located in northern Europe or America. Families were predominantly of European ancestry.