Teenage cannabis use linked to preterm births later in life 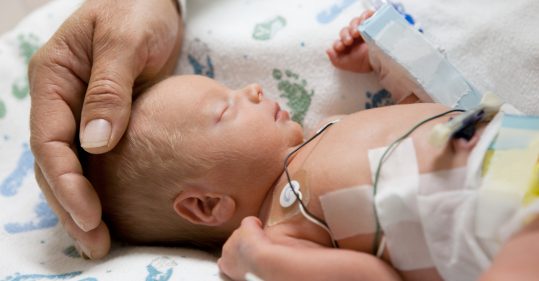 Frequent adolescent cannabis users may be more likely to have pretern babies up to twenty years later, according to a study led by the University of Bristol.

The researchers found ‘striking associations’ between regular teenage cannabis users and later birth outcomes of their offspring. Daily cannabis use between the ages of 15 and 17 was associated with sixfold increases in the odds of preterm birth.

The findings are part of a 20-year collaborative study with the Murdoch Children’s Research Institute in Australia, published in Scientific Reports, and are the first to identify a possible intergenerational risk with pre-conception substance use.

Premature birth is a leading cause of neonatal death. For babies who survive, there are increased risks of neurodevelopmental disabilities in later childhood, cardiovascular and metabolic diseases in later life.

The researchers assessed 665 participants from the Australian Victorian Adolescent Health Cohort Study (VAHCS) and Victorian Intergenerational Health Cohort Study (VIHCS) and exammined their tobacco and cannabis use between the ages of 14 to 29. Both male and female teenagers were recruited to the study when they were in secondary school and followed up until they started having children in their late 20s and 30s. Their children were then recruited into a new study.

Dr Lindsey Hines, Research Fellow at the University of  Bristol’s medical school, said: ‘Cannabis is the most commonly used illicit drug amongst teenagers. There is already evidence that frequent adolescent cannabis use increases the risks for poor mental health, but our results indicate there may be further effects that individuals may not anticipate.’

The study looked at both mothers and fathers of the babies. According to the researchers the findings are particuarly important for males, given that heavy teenage use is most common in boys.

Professor George Patton, from the University of Melbourne and the Murdoch Children’s Research Institute, added: ‘The more we study heavy cannabis use in the teens, the more problematic it looks. Given growing political and industry drivers for legalisation of use, there is a pressing need for bigger and better research into understanding harms arising from heavy adolescent use.’

If the research is replicated in larger samples, eliminating daily cannabis use in adolescents could reduce rates of preterm birth. The researchers state that further work is needed to understand better the biological mechanisms or social conditions that might drive these associations.