National surveys show that about one in five people in the UK population have low vitamin D levels in the blood.1

Scientists recognise that adequate vitamin D status has important skeletal and muscular health benefit. Low blood vitamin D levels, currently defined in the UK as less than 25nmol/l, increase the risk of conditions like rickets in children, and osteomalacia in adults, causing bone pain and muscle weakness.2 While it is also acknowledged that vitamin D contributes to the normal function of the immune system (an approved European health claim has been published to this effect), there are still differing views within the scientific community on the strength of evidence for an effect of vitamin D on prevention of acute respiratory tract infections, including colds and flu, and for reducing asthma attacks.3

Vitamin D in the prevention of respiratory infections

To explore this area, researchers led by Professor Adrian Martineau from Queen Mary University of London conducted two systematic reviews in 2017.4,5 Looking at respiratory infections, the researchers pooled together individual data from double blind, randomised controlled trials where vitamin D was compared with a placebo, which together investigated around 11,000 people from 14 countries on four continents, including the US and the UK.4 Their analysis suggested daily or weekly vitamin D supplementation (daily dose equivalents ranging from <20 to >50µg) was useful in prevention, with a reported 12% reduction in the proportion of participants experiencing at least one acute respiratory tract infection. Importantly, supplementation was particularly protective for people who had low blood levels of vitamin D.

However, other scientists have argued that because of the mixture of diverse conditions looked at in these studies, ranging from self-reported colds and flu, ear infections, laboratory-confirmed influenza or radiograph-confirmed pneumonia, it is difficult to know whether a reduction in this mixture of conditions is applicable to the general population and how it should be interpreted clinically. They argue that larger well-designed randomised controlled trials in specific groups with low blood concentrations of vitamin D are needed before any conclusions can be made.

Asthma exacerbations are commonly triggered by viral upper respiratory infections, and some studies have suggested that vitamin D may be protective. To gain a better understanding of this association, a review was undertaken looking at the effect of vitamin D supplementation (compared to placebo) on the incidence of asthma exacerbations requiring treatment with systemic corticosteroids.5 When pooling 955 adult and child participants in seven studies, vitamin D supplementation was associated with a 26% reduced risk of asthma exacerbation. Sub analysis revealed, however, that it was only in people with low vitamin D status (less than 25nmol/l n=92) that a statistically protective effect was noted.

It should be mentioned that the small number of trials, participants and number of exacerbations in this analysis can give less precise risk estimates. In addition, the dosing and duration of treatment varied from study to study. Furthermore these results are largely based on data from adults with mild to moderate asthma – children and adults with severe asthma were relatively under-represented in the dataset. Therefore larger trials are needed, particularly with patients who experience frequent severe exacerbations, before definitive clinical recommendations are made or guidelines changed.

In the meantime, the general population is advised to consider taking a 10µg vitamin D supplement, particularly in the autumn and winter months when there are low levels of sunlight, and this would also apply to patients with asthma.6

Vitamin D supplement recommendations in the UK are detailed further below:

Intakes of vitamin D can be increased by consuming oily fish, a rich source of vitamin D. Dietary recommendations are to include at least two portions of fish a week, of which one should be oily. Other sources of vitamin D in the diet include eggs, fortified cereals and fat spreads.

Vitamin D continues to be a hot topic and the debate of the strength of the evidence base in non-musculoskeletal disease is likely to continue. What is clear though is that health professionals can help prevent low vitamin D status through advice on adequate sun exposure (less than the amount of time needed for skin to become red), regular consumption of oily fish and appropriate supplementation, particularly in at risk groups. 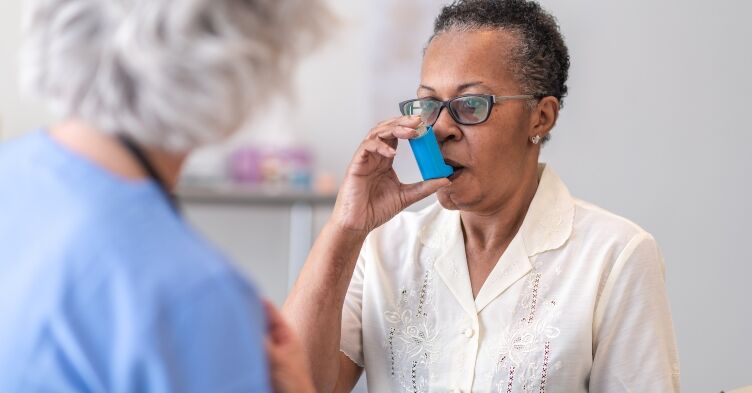 National surveys show that about one in five people in the UK population have low vitamin D levels in the blood.