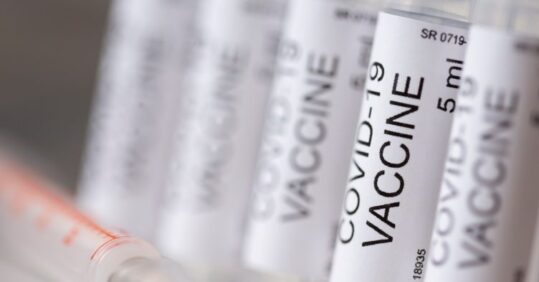 Delayed second doses, and additional third doses, of the Oxford-AstraZeneca vaccine both lead to a heightened immune response to Covid-19.

Research from the University of Oxford and AstraZeneca vaccine team indicated a late second dose, with a long internal of over 45 weeks between the first and second dose, does not compromise the immune response. In addition, a third dose of the vaccine continues to boost antibodies against Covid-19.

The study was part of ongoing vaccine trials and examined the immune response of adults between 18-55 years who were invited back after being part of the earlier phases of the trials. The findings were released earlier this week as a preprint for The Lancet.

The work comes amid concerns about vaccine supply around the world. In countries with vaccine shortages, questions have been raised about whether lengthy intervals between doses could compromise immunity to the coronavirus.

Professor Sir Andrew Pollard, lead investigator of the Oxford University trial of the vaccine, said: ‘This should come as reassuring news to countries with lower supplies of the vaccine, who may be concerned about delays in providing second doses to their populations. There is an excellent response to a second dose, even after a 10-month delay from the first.’

The Government yesterday accepted the Joint Committee on Vaccination and Immunisation’s recommendation for a two-stage Covid booster vaccine programme starting in September, to take place alongside flu vaccinations.

According to Dr Peter English, retired consultant in communicable disease control and immediate past chair of the BMA Public Health Medicine Committee, extending the time interval between vaccine doses is well known to enhance the immune response.

Commenting on the research, he said: ‘This paper’s findings, are no surprise to vaccinologists. It found that there was an increased antibody response if the second dose was delayed. They confirm what we had predicted. But it remains very important to check that our predictions were correct, and this paper does just that.’