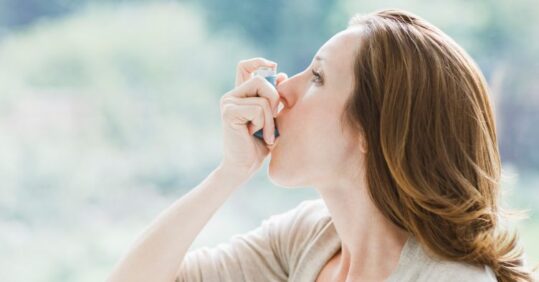 A common asthma drug, Budesonide, which could be given by GP surgeries as an early community intervention, has been found to reduce Covid-19 symptoms.

In a small trial at the University of Oxford, the steroid inhaler was given seven days after the onset of Covid-19 symptoms and appeared to significantly reduce the need for critical care.

The researchers also reported persistent Covid symptoms, seen after 28 days, were reduced with the asthma drug.

The study, which has yet to be peer-reviewed, involved 146 people who had tested positive for Covid-19, half of whom were given 800 mg of Budesonide twice a day and the other half received the usual care.

The researchers found that using the steroid inhaler reduced the relative risk of needing critical care by 90% over the study period. They also found that there was a quicker resolution of fever and less persistent symptoms after 28 days.

The study was published on the medRxiv pre-print server, but the researchers were optimistic that the common medication could help.

Professor Mona Bafadhel from the University of Oxford, who led the trial, said: ‘There have been important breakthroughs in hospitalised Covid-19 patients, but equally important is treating early disease to prevent clinical deterioration and the need for urgent care and hospitalisation.’

She added: ‘I am heartened that a relatively safe, widely available and well-studied medicine such as an inhaled steroid could have an impact on the pressures we are experiencing during the pandemic.’

As the effects of long Covid-19 become more visible, GPs in Essex have been asked to manage the long-term health issues associated with the virus.