Only one in five patients with Covid symptoms would seek a test, finds study 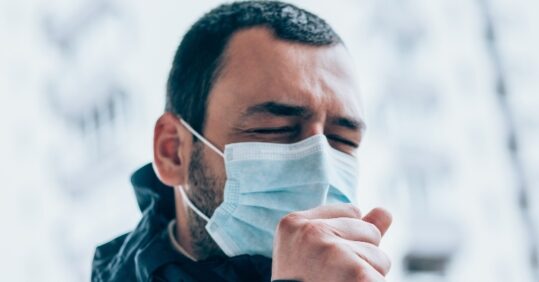 Only one in five people would seek a test if they had Covid symptoms, according to a study which found low levels of adherence to UK’s test, trace and isolate system.

An analysis of online survey data from the first 11 months of the pandemic also found that only about half of people could identify the key Covid-19 symptoms of cough, fever and loss of smell/taste.

Adherence was particularly low among men, younger age groups, people with a dependent child in the home, key workers and those experiencing greater financial hardship, according to a study published in the BMJ.

Data from 53,880 respondents in repeated surveys across the UK did show some improvement over time. By January 50.8% of respondents could identify symptoms of Covid-19.

Intention to request a test if symptoms were to develop was 62% yet only 18% reported requesting a test after symptoms developed. This had increased to 22% by January.

Only 51.8% of those with recent Covid symptoms, who had not tested negative, said they fully adhered to self-isolation not leaving home for the first 10 days after their symptoms began.

Around 80% said they would share details of close contacts with NHS contact tracing if they tested positive.

In March a damning report from the Public Accounts Committee found no evidence that the £37 billion NHS Test and Trace programme had brought down Covid infection levels.

Despite some improvement over time, the researchers from Kings College London warned that the effectiveness of the current system is limited, and that policies to support people financially and practically will be needed to increase uptake.

Common reasons given for not fully self-isolating included to go to the shops or work, for a medical need other than covid-19, to care for a vulnerable person, to exercise or meet others, or because symptoms were only mild or got better.

The researchers concluded: ‘People need help to achieve their intentions. While intentions to engage in test, trace, and isolate behaviours are high, a greater focus on financial and practical support is likely to enable more people to translate their intentions into behaviour.’

‘Targeting messaging and policies to men, younger age groups, and key workers might also be necessary.’

A Department of Health and Social Care spokesperson said: ‘Since last May, NHS test and trace has contacted 3.2 million people who tested positive, and another 6.4 million of their contacts.

‘Behind these numbers are countless lives saved and the latest ONS statistics show that when people are asked to self-isolate, the overwhelming majority do so.’