Rise in number of patients with hypertension in England, shows NHS survey 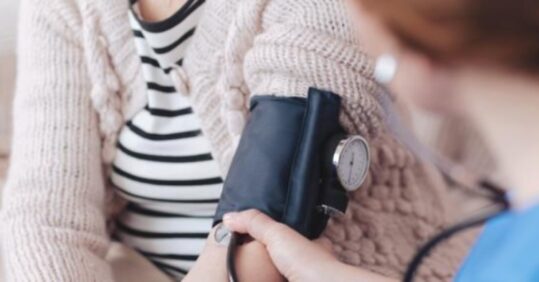 The number of adults in England with hypertension is on the rise, particularly amongst men over 75, official estimates show.

NHS Digital data collected through this year’s Health Survey for England shows the proportion of men with hypertension increased from 28% to 30% from 2017 to 2018, and rates for women rose by one percentage point to 26%. Two thirds of men aged 75 upwards have some form of hypertension.

The prevalence of the condition has been improving over the past 15 years – in 2003, it was 29% for women and 32% for men – but the report noted more could be done to stop high blood pressure.

The report said: ‘It has been estimated that more than 9,000 heart attacks and at least 14,000 strokes could be prevented over the following three years by improved diagnosis and management of high blood pressure, high cholesterol, and atrial fibrillation.’

The results also revealed that asthma rates are higher among low income households, particularly in women.

Meanwhile, the survey revealed diabetes rates have remained relatively stable – affecting 8% of adults for the past two years – but there has been a rising trend over the past 20 years.

The proportion of adults with diagnosed diabetes increased between 1994 and 2018, from 3% to 8% among men, and from 2% to 6% among women. The largest increases were in adults aged 45 and over.

According to the report, being overweight or having a very high waist measurement are risk factors for type 2 diabetes and both type 1 and 2 diabetes are a leading cause of avoidable mortality.

Other key findings in the report showed that:

The report said: ‘There has been a large increase in the prescription of statins which is probably a major contributing factor to the decline in prevalence of raised total cholesterol.’

An increased awareness of asthma was also identified as a possible contributing factor to the increase in asthma prevalence between 2001 and 2018.

Earlier this year NICE confirmed amendments to guidance for the management of blood pressure in patients at risk of CVD, which had sparked GP concerns about workload.

It decided to lower the threshold for treatment for patients aged under 80 who have stage one of hypertension and a risk of cardiovascular disease of 10% or more.

The number of adults in England with hypertension is on the rise, particularly amongst men over 75, official estimates show.