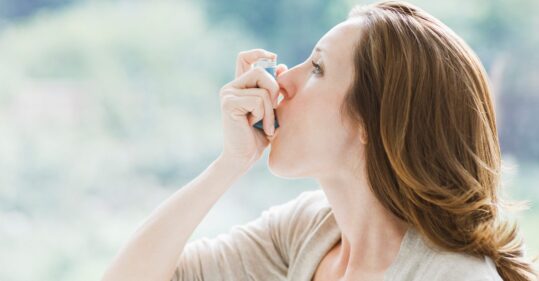 Gaps between the rich and poor are linked to an increase in asthma deaths, an international study of 32 countries has said.

The research, presented at the British Thoracic Society Winter Meeting today (5 December), suggests that financial inequality at a national level is far more significant than the wealth of a country.

There is no association between asthma mortality and a country’s GDP or GNP, according to the findings by researchers at the University Hospital Southampton, which included country’s with a low GDP or GNP.

Professor Gary Connett, consultant respiratory paediatrician said: ‘We know from previous studies that hospital admissions for acute asthma attacks are related to socioeconomic factors. Those from the most deprived areas of the UK are almost twice as likely to be admitted as those from the wealthiest parts.

‘Previously identified risk factors for poor outcomes amongst people from deprived areas include delayed presentation to emergency services, and increased exposure to tobacco smoke and air pollution. What this study additionally suggests is that relative inequality at a national level might also be important – acting independently of the absolute wealth of the countries studied.’

The UK, which was ranked sixth highest for financial inequality in the research, currently has 5.4 million people receiving treatment for asthma. More than 1,400 people died from an asthma attack in England and Wales last year.

Previous studies have shown that death rates for asthma in the UK, Australia, New Zealand and the USA – where all four countries have high levels of social inequality – are three times higher than most European countries.

‘Asthma is a challenging health care problem with complex interacting factors determining the risk of severe and life-threatening attacks. These data provide some support for the hypothesis that at a national level – high levels of financial inequality are associated with fatal asthma,’ added Professor Connett.

In a population about the size of the UK, the data suggests that an increase in the GINI index of 0.1 (on a scale of 0 to 1 where 1 indicates maximum inequality and 0 indicates everyone having the same income), is associated with 37 additional deaths amongst children aged 5-14 years and 81 amongst adults aged 15-49 years.

Of the 32 countries in the study, the UK had the sixth worst GINI index at 0.351 and was only out-ranked by Costa Rica, Mexico, USA, Lithuania and South Korea.

Figures released by NHS Digital yesterday revealed the proportion of adults with asthma in England varied by income, especially among women.